I’ve seen several threads here about how single line fonts are not possible but I was just shown Relief SingleLine which has a solution for exporting OTF-SVG fonts to create a usable single line typeface. In the comments they mentioned a script by Frederik Berlaen which hasn’t been released yet.

I’ve seen @GeorgSeifert mention a SHX font exporter, is this available yet?

Update, the script in question has been uploaded: 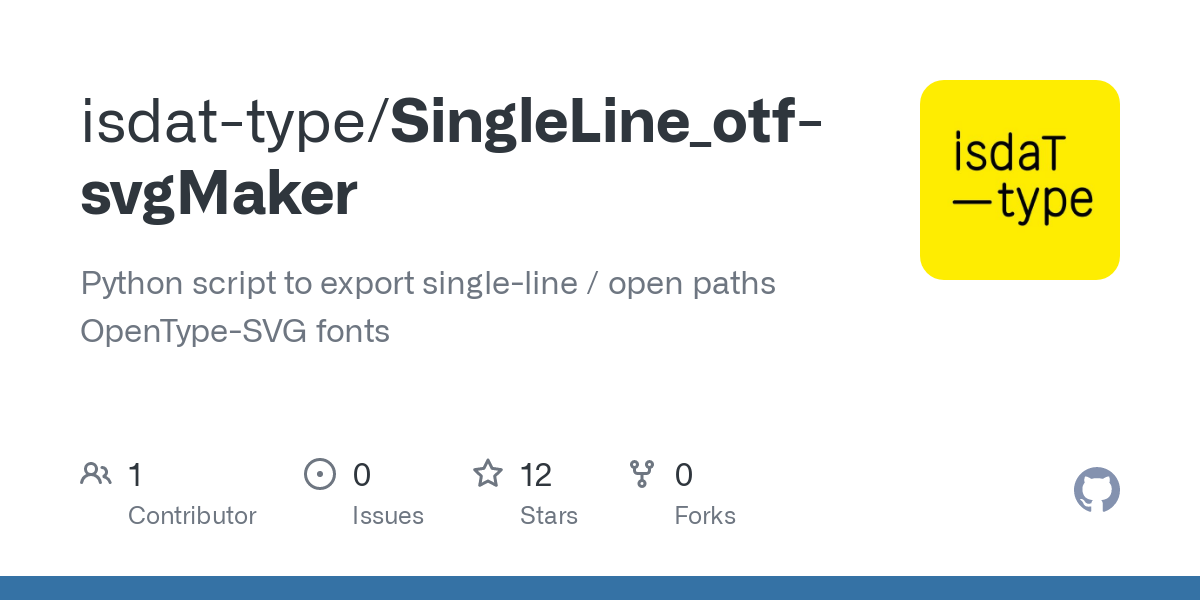