So I have a font with many nested smart components and components and everything seems to work perfectly fine until I export the whole thing and then there’s only one problem (that I know of) with ka-cy.

As you can see on the image, ka is the fourth letter from the left and is clearly missing its stem. 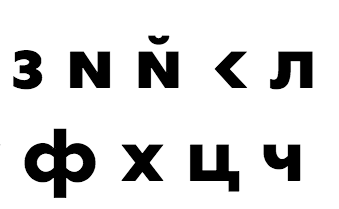 This gets weirder. ka-cy is composed only of a reference to the greek glyph ‘kappa’, as illustrated here: 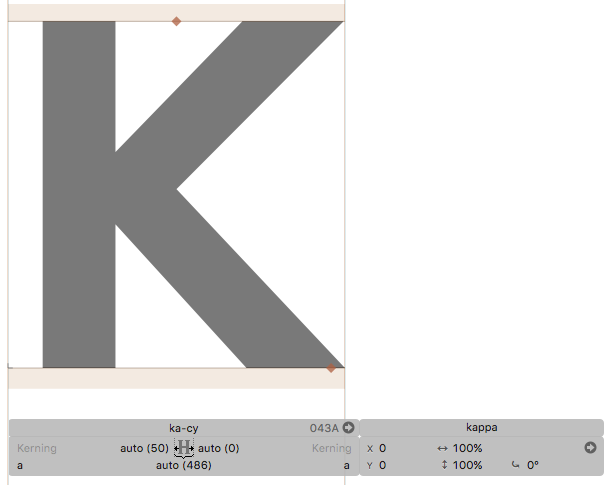 And kappa is itself composed of a vector path for the right part and a smart component called ‘_part.stem’ for the stem. 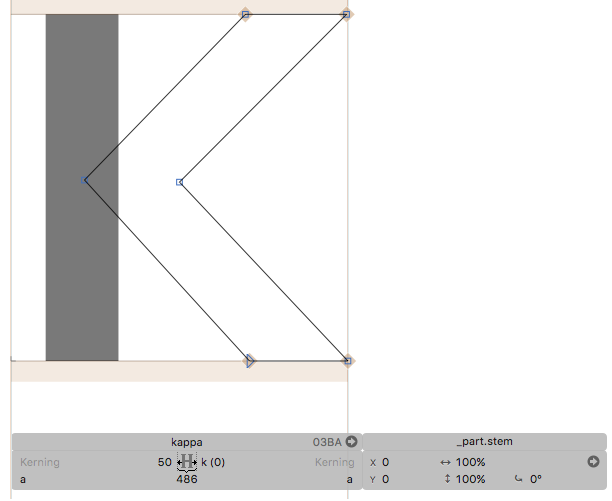 BUT, kappa displays fine in the final font. So somewhere between the exporting of kappa and of ka-cy, the stem is deleted. Unless I’m doing something really stupid. (I wouldn’t be surprised.)

I can send you the .glyphs file if you need it.

could you send me the .glyphs file?

The file works fine for me. Do you have a problem with a specific instance?

No it’s the same in all instances.
But just to clarify, there’s no problem when viewing the .glyphs file, it’s only the exported fonts that have the problem.