Something went wrong when Removing Overlap in glyph: dollar

I’m getting a remove overlap error on my italic dollar glyph. I can’t manually remove the overlap because then it wouldn’t interpolate since the point wouldn’t line up properly across the various weights . It’s an odd glyph to have this happen to as there it something complex about it. Is there a way in the custom parameters to just have that one glyph not remove overlap?

I should note that this is only for some of the instances, not all.

Can you post a screenshot of the outlines (with overlaps)?

So I was able to get it to work by having the bar be at a 11° angle instead of the 12° angle that the rest of the italic is at for one of the masters. Super weird, when I added the extra 1° it gave me the error report.

A screenshot of the outlines would be very helpful. It can be that some overlaps are too complex (although I have only encountered this issue in variable font production).

I would be surprised if this was too complex! 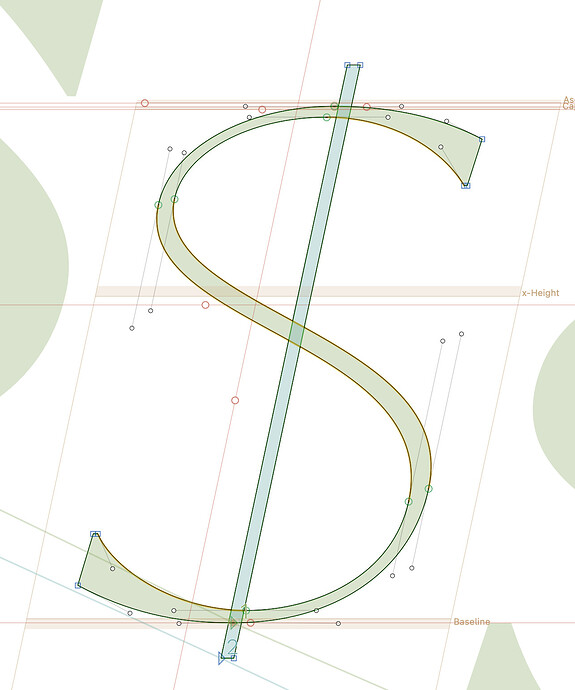 Could you send the .glyphs file (with just the dollar glyphs)? It might be happening in one of the interpolations. It’ll help in tracking down the issue.

I bet in some weights the extrema at top and bottom fall within the bar, and at others they don’t.

I would really help if could get the .glyphs file. Thanks.