When exporting a TTF, I get the following error on the latest build (1038). 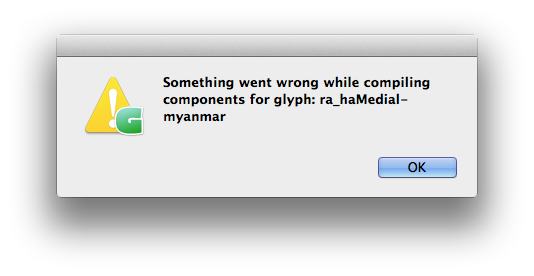 I think it has to do with overlaps. It tries to keep more components than usual.

‘Something went wrong’ is a pretty vague warning message, shouldn’t they try to tell you a bit more useful info?

Could you send me the .glyphs file (with the problematic component)?

Fixed it. Thanks for the file.