When I try to install the Modules vanilla, robofab and font tools, the hweel keeps spinning. When I look in the Script folder of Glyphs, the modules seem to be present. But when I install the plugin LS Cadencer (that needs these modules) the plugin can’t be installed properly. How can I check if the three modules are instaleld properly? 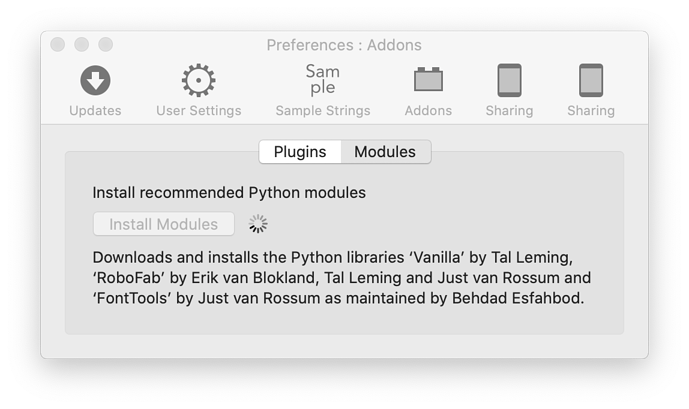 What do you mean by “the plugin can’t be installed properly”?

To check if the modules are installed do the following in the macro window: 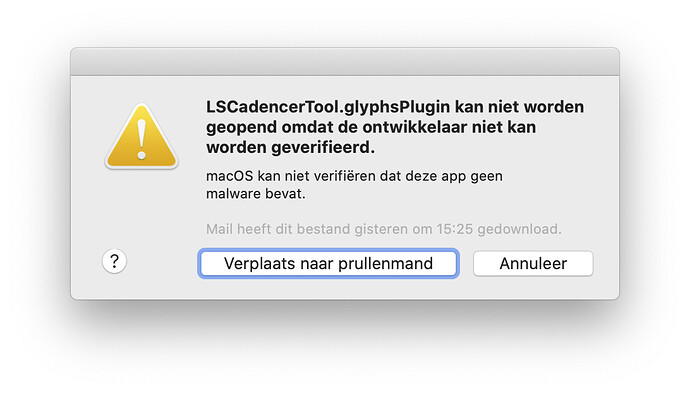 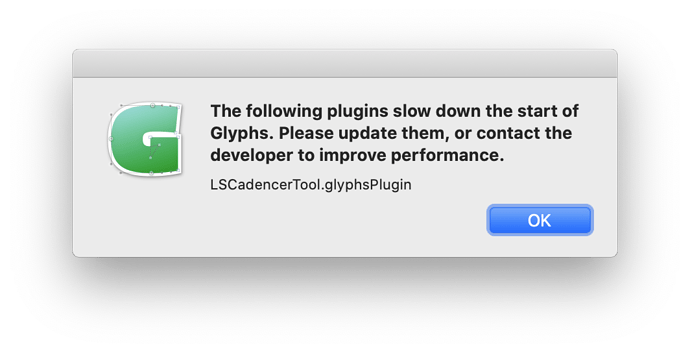 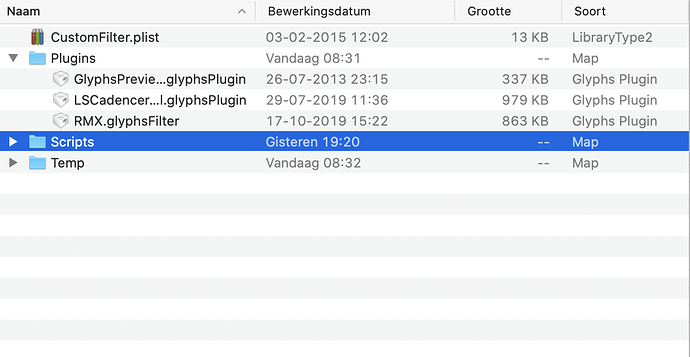 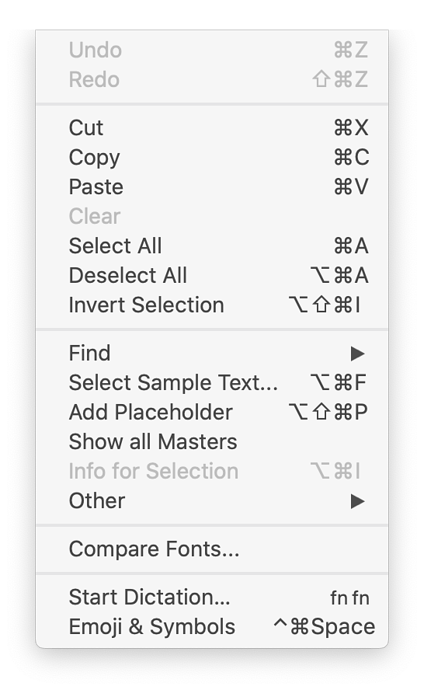 We discussed this a few times here already. Because of the stricter security in macOS Catalina, plug-ins have to be installed through the Plugin Manager. Only notarized plug-ins can be installed through double clicking. There is a tutorial for developers on how to notarize. Either ask the developer of the plug-in to notarize or to have it added to the Plugin Manager if it is not there already.

The latest cutting edge version can instal plugins that are not notarized.