I don’t know why, but there’s an actual glyph in this spot. In the GlyphsApp file, I can’t find it. But when the font is installed, using a carriage return, there a double quote glyph that shows.

Maybe I should say that I only edited this font. I opened up the TTF file in Glyphs, saved it as a normal Glyphs file, and then exported it again. It doesn’t make a difference if it’s an OTF or a TTF. The new file always shows that hungarian umlaut, listed in the next reply when there’s a carriage return. 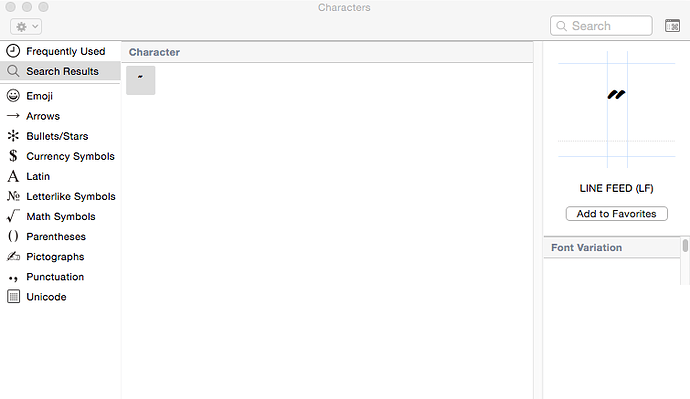 Die you change the font name? If not, this most likely a font cache problem.

No. But the font was never installed before the editing

and the rebooted.
Still same thing.

And, this oddity happened in Pages 5.6.1 running on Yosemite. I just tried it in InDesign 6.5, with a copy/paste of the original text from Pages, and it works fine.

Can you send the font (to support at this domain)?

The glyphs have a wrong encoding. Select all and run “Glyph > Update Glyph Info”.

The original font already has the problem.

Thank you so much.