When working on Italics scaling is always a pain, because there will be some distortion that has to be corrected.

I was wondering if it would be possible to have a trapezoïdic kinda scaling. This would make it possible to scale slanted glyphs horizontally as if you were shoving a trapezoid (slanted rectangle at the italic angle) together. All sides would than stay parallel.

Vertically it could than be along the Italic angle.

This is a very interesting idea. Will have a look

This would definitely be very useful.

A small problem is that when scaling only horizontally or vertically then the vertical tangents would slant a little.

The question is whether to leave them slightly off-vertical and have a precise scaling result, or to restore them to their upright position (as the RMX Tuner does) but this can only be an approximation (although usually a pretty good one).

Example: Superior and Inferior numerals. Copied or component, you then can move them down (or up) without to much calculations.

if you have metrics keys in place, you can just move it up or down and then update metrics.

This still would be a nice idea to have ! While working on a slanted font, I had to think about it again.

Any updates on this?

It is on our list of things to consider for the future. Will take some time though. Magnetic guides can help you now already, though. And opt-arrowing keeps the angle of a handle if you need it. 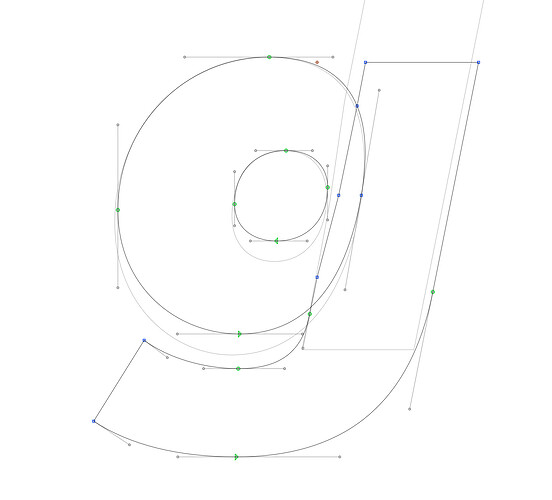 In the end I always get it done

This was just an example.
But like the RSB and LSB that are in sync with the Italic angle, it would be nice to be able to scale in the same angle and/or horizontal.

It could be done but only of the vertical handles are all in Italic angle as well. And taking the grid into account, you’ll get some rounding errors. Wondering if the resulting distortion can be compensated by the algorithm.

I am aware rounding errors will occur, but this would less work to correct.

Just we are on the same page, this is what I mean 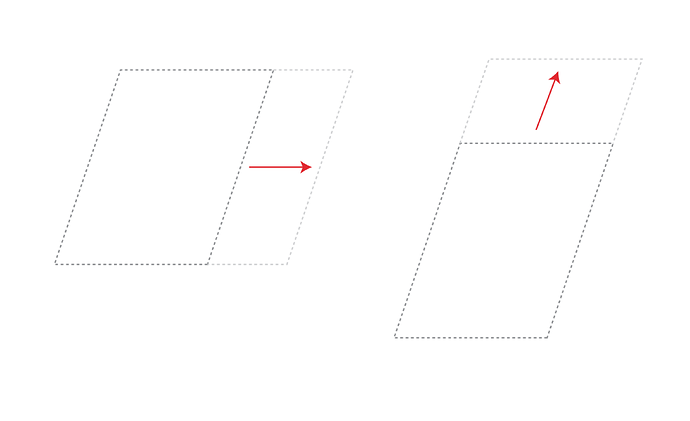 I see one problem: all vertical handles will slightly change its angle. E.g., extrem points will not be that any more.