The effect of smearing in handwriting font

Hello！I found a very interesting handwriting font. I am interested in the effect of smearing in it. Could someone please tell me how this effect is created? Thank you very much! 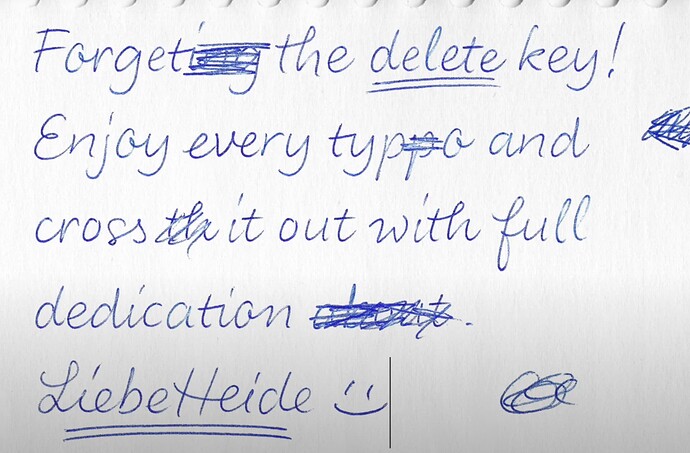 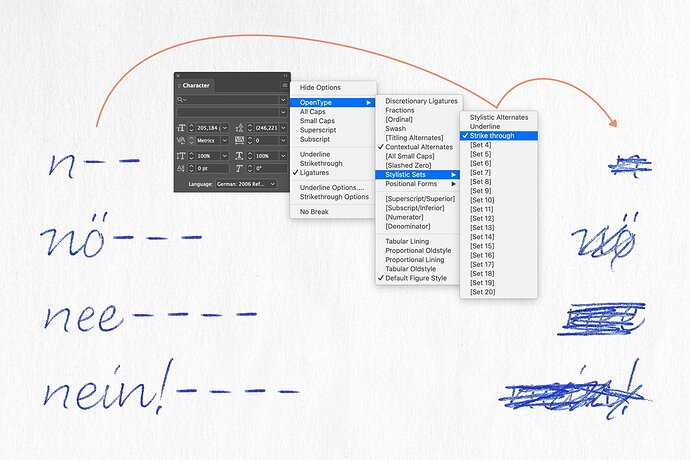 The way these strike-through effects are implemented in this case is as follows:

In general, I would recommend against doing this as it goes against the spirit of Unicode. If your font is mostly used for posters and other print products (that is, not digital uses like webpages, ebooks, or apps), conformity to the Unicode is less of an issue.

I would do it differently. Make a stylistic set that is smeared already. So you don’t need to type this hyphens but just apply the stylistic set.

Wouldn’t the strikethrough lines then have to appear letter by letter?