Hi, I’m working on a hand-drawn script font, I’ve only added a few glyphs to the file but when I try to move nodes around they become very unresponsive and don’t drag smoothly. Rather they “jump” from beginning to end destination. This happens also if I select the whole glyph while editing and try to move it by cursor or arrow keys. Then if I try to undo my action, that has stopped working at times.

Notes: There are a lot of nodes in each glyph, but not as many as some fonts I’ve worked on, and these actions all performed fine in the past. I restart my computer and Glyphs and it helps for a few minutes, but then the problem shows up again.

Which plug-ins do you have installed?

Quite a lot, with it saying Broad Nibber and Shadow needing updates. Here’s a screenshot of the ones installed: 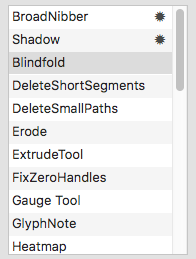 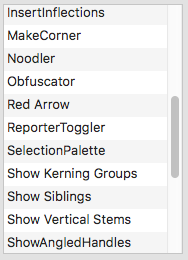 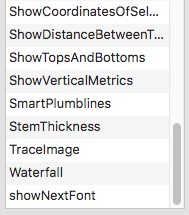 I suppose some have been manually installed? Try reinstalling all of them with the Plugin Manager, and update the app to 1099. There was a problem with Make Corner which caused lags in 1097, possibly some other plug-ins are affected too.