I’m having a big trouble with smart variable components.

I have all my .mumr, . dnom, etc… as smart components.

Recently had to change one of the masters (made it thinner), and now the smart components are acting weird.

Here you can see I have “one.lf” as a smart variable component 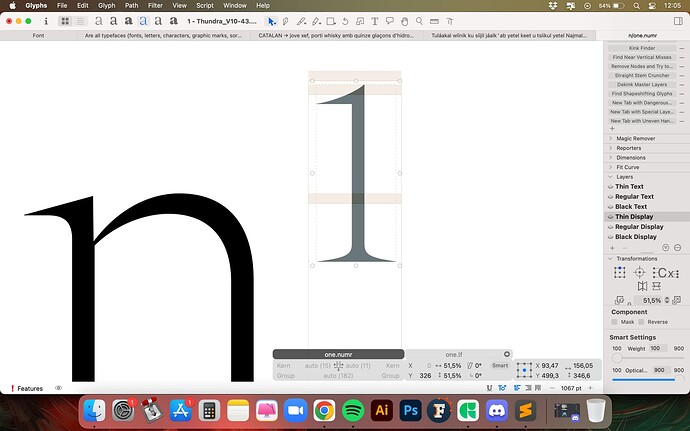 Whenever I move the slide (in this case only 1 point) it changes drastically. Like it reads the previous version of the master or something. 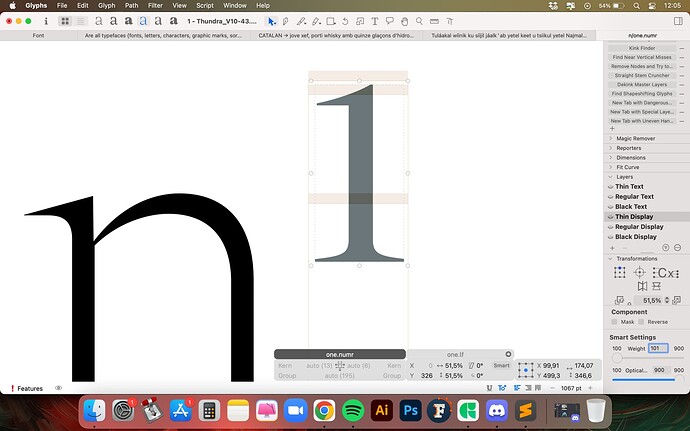 I tried deleting the .numr glyphs and making them from scratch, but whenever I add “one.lf” as a component, it automatically adds it as a smart variable component. What should I do? I also can’t seem to “un-smart” the component.

I’ve bought RMX Tools, so perhaps it would be a better practice to do them with that tool instead?

I would need to see the .glyphs file to tell you what’s going on.

But RMX is probably the better option.

Thanks for your time!!!

You need to disable the “Regular” masters in the smart glyph settings. Because smart components can only have one master per axis. And then it seems to work as expected. But the slider positions are not right.

I don’t know how to do that, I’m still getting used to Glyphs

I tried doing “show smart component settings” but this is what it shows: