Variable export in the preview area

Hi! I might misunderstand something, but “Variable” Export shows in the preview area as something extrapolated (see the last O). Should it appear there at all?

That should not appear. What version of Glyph do you have?

The variable font settings instance looked too good that I didn’t spot it right away. I fixed it.

Also, seems like “name” defines just the name of the first instance, which perhaps should be hidden and auto?

The name is used as the second part of the file name. So that you can distinguish a Upright and Italic variable font.

Interesting, here’s what I see: if one file’s variable export name is Upright and second file is Italic, and family names are the same, adobe puts them both under the same submenu. Could be useful, however, italic instances just duplicate upright naming, except for the first instances of each file. Can’t seem to override this, so assuming it’s a bug/hack?

If that’s confusing, here’s a screenshot. The second half are italics, but their names are wrong. Also, Upright and Italic are supposed to be called Light and Light Italic, but the export name overrides them: 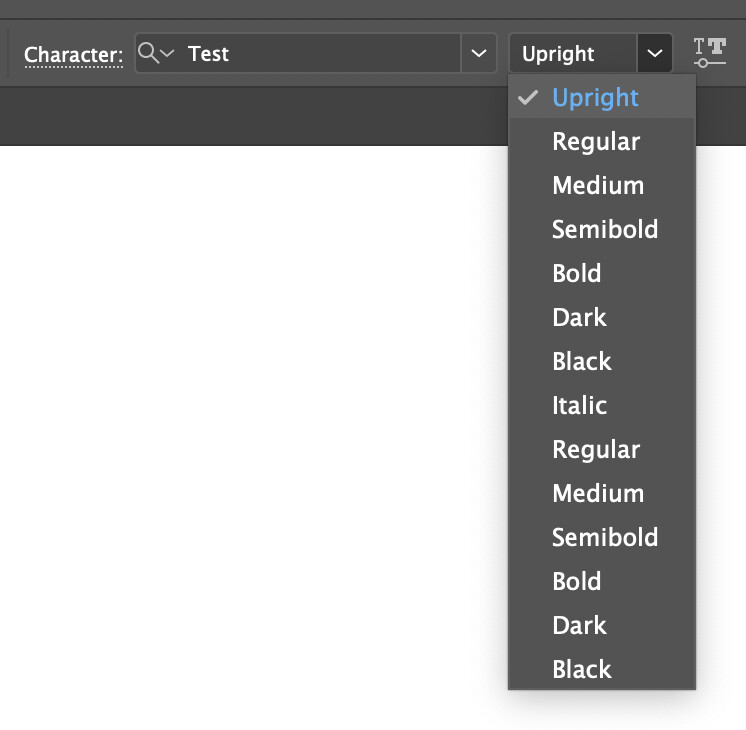 Not sure it’s intentional or not, I kind of like the way they go together. But wouldn’t it be more correct to differentiate the files with Family Names and fileNames instead of that name?