I’ve had one more idea, you could try adding a custom parameter “Axis Location” to each of your Exports, and give it the same number value as shown in the “Weight Class” field.

I added the Axis location, and it added the Light but it’s still showing an extra Regular. 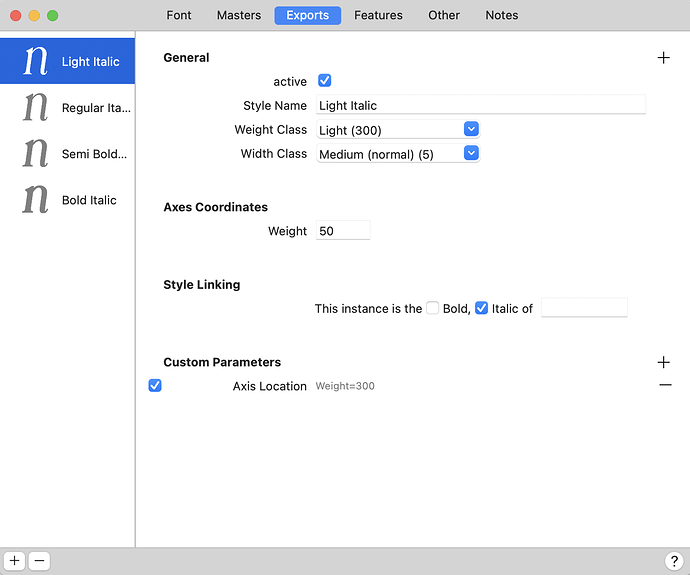 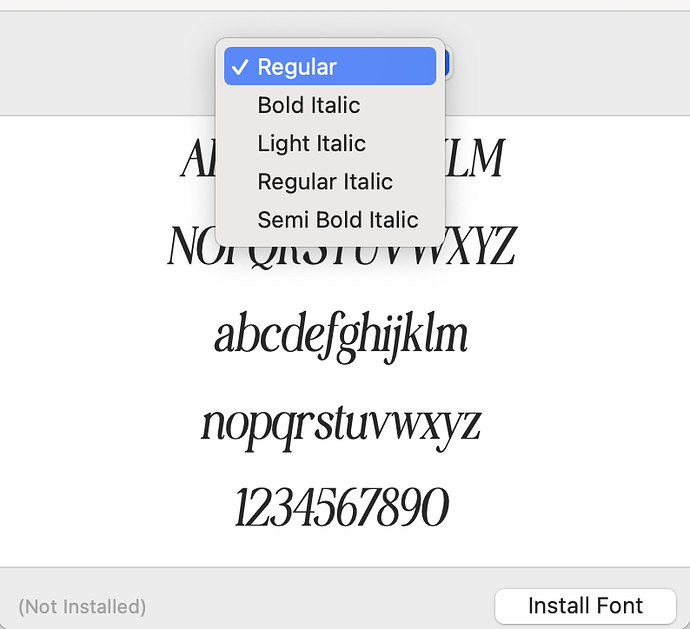 You only opened four font files but get an install window with five option?

You may need to add a variable font setting, call it “Italic”.

@mekkablue Could you explain exactly where I would add that

Use the + button at the bottom left of the Exports tab: 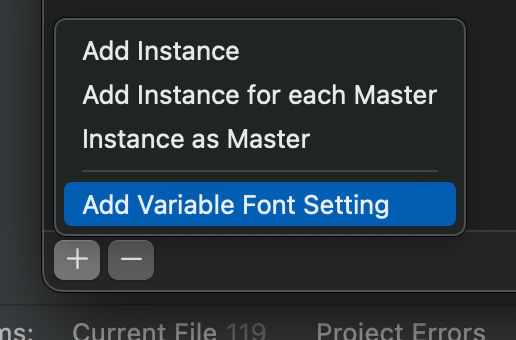 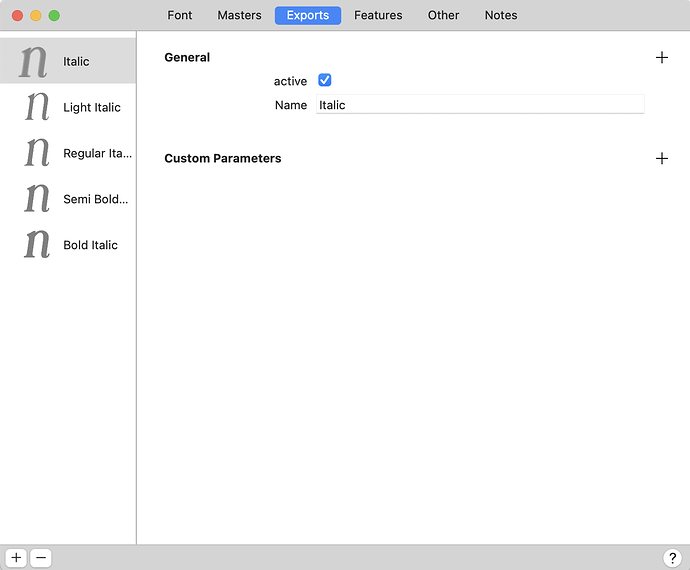 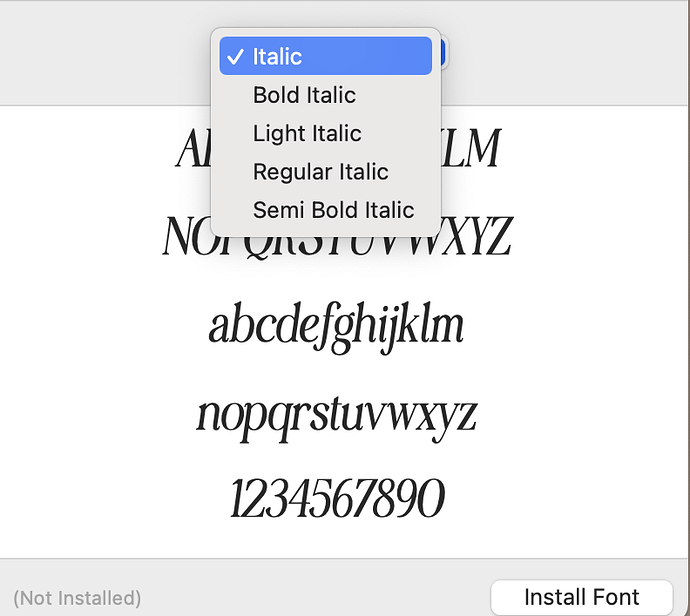 It’s still not showing all the weights & Italics in Photoshop. It should have 8 fonts in total and I’m seeing 5 . 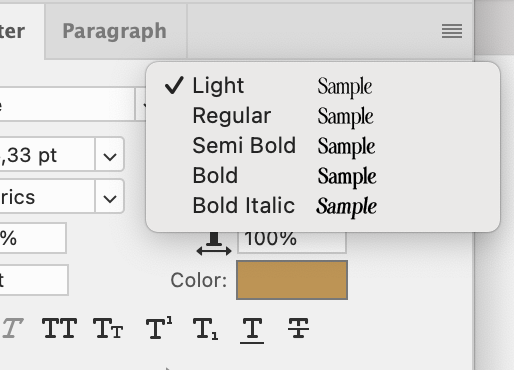 Would you mind sending me the file, too? You can do so here via PM.

To fix this, simply do the following:

Bonus: Add a parameter to the General section of your variable font setting: Localized (Localised!

) Family Name. Enter something like “Engrace Variable”. This way, you can install your variable font and the static instances side by side.

Otherwise, it would be good to check the settings of your metrics (ascender, cap height, x height, descender), as well as their zones. The ascender is on some other planet

Haha my ascender is on some other planet

I set it that high so I can fit the diacritics in.

Thanks for taking a look but that did not fix it for me. 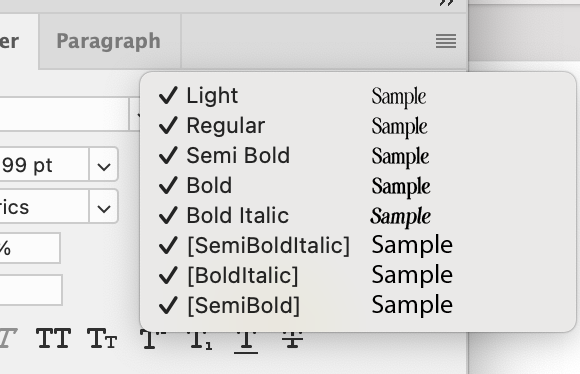 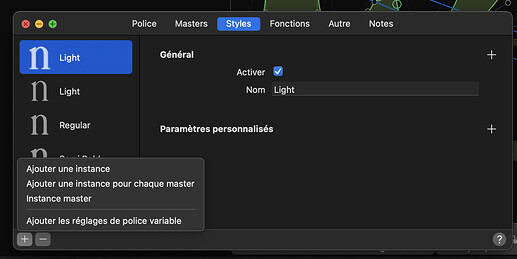 In the Italic file, you do the same, but call it Light Italic. Then export, and it even sorts them correctly: 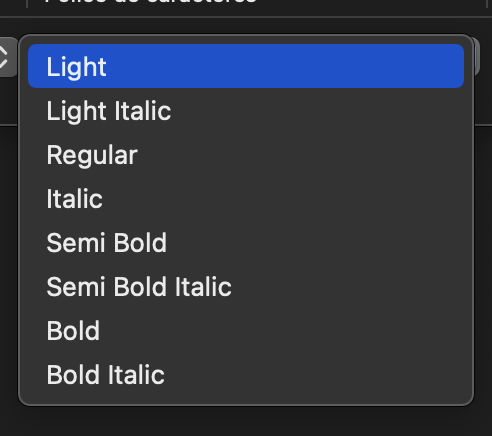 Boom! It worked. Thanks for all the help guys. I really appreciate it