hi all. this interpolation issue is only happening in this particular character—see that the mid-weights are showing much thicker vertical legs.

here’s a screengrab of how the character is built in both masters. 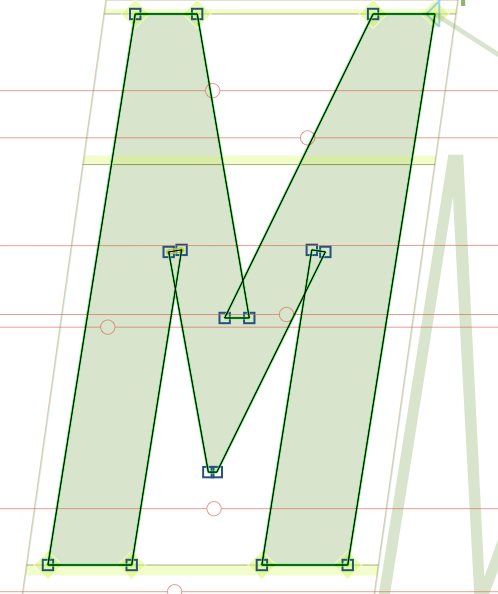 should I be drawing the character differently to avoid this wacko interpolation? to reiterate, this is the only character out of like 450 that is doing this, and it’s only happening in italic, so I wasn’t sure if i was missing something entirely.

Based on your screenshot, I believe you need to modify the boldest weight. It has more weight on the outer strokes compared to the diagonals – but the lightest weight appears to be be much closer to the same weight throughout. That would produce what you are seeing in the interpolations.

SIGH. that was it. I’ve been staring at this so long today I’m not seeing straight, so obviously time to rest. thanks, @George_Thomas

The inner strokes might be a bit thinner. You could use a brace layer to fix the regular masters.

that’s what I’m doing. like the second and third examples here, correct?

got it. thank you!