"A plugin caused a crash"

At some point, some scripts and plugins stopped working.
Updating and rebooting doesn’t help

What can be done?
thank you 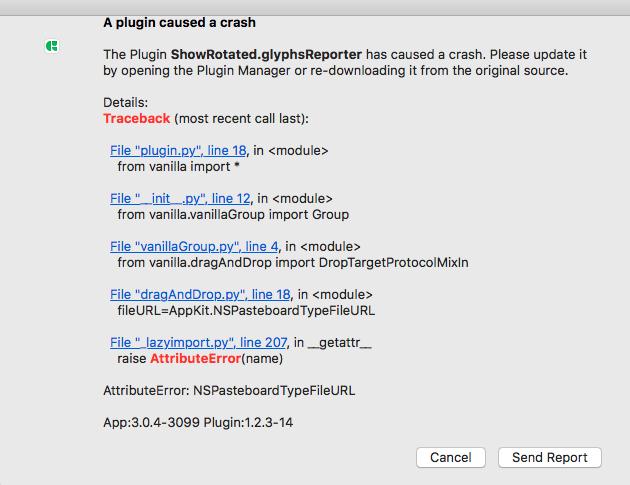 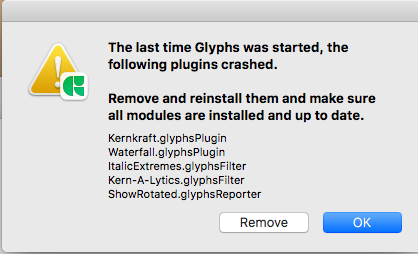 But it’s strange to me that several scripts and plugins from different developers stopped working at the same time.

I think the problem is similar to this one:
https://githubmemory.com/repo/bBoxType/Kernkraft/issues/20

By the way, your script also stopped working 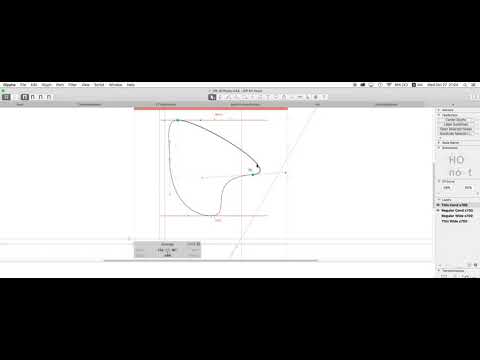 It seems to me that something happened not at the level of a specific script or plugin, but higher - Python or Vanilla or on the paths to them, settings.

For now, I hope that it will somehow be fixed with the update of Glyphs. (It has not yet been possible to solve this problem on its own).

What python version do you use?

And what version of vanilla do you have? This doesn’t seem to be the version from the Plugin manager?

I don’t know which version of vanilla. Where can I see it?

Today I draw, draw in Glyphs. At some point, the tools began to glitch - the cursor had the wrong appearance (a ruler or text instead of an arrow)

I rebooted Glyphs, then my computer. Then, after entering the program, the glyphs wrote a warning. And now some plugins and scripts do not work.

And what version of vanilla do you have? This doesn’t seem to be the version from the Plugin manager?

When I uninstalled Glyphs and re-installed it, the system asked about Vanilla. I think this is a new version of the standard modules.

In Glyphs, go to the Script menu and choose Open Scripts Folder (⇧⌘Y). A Finder window will open with the Scripts folder selected. Go into the Repositories folder next to the Scripts folder. If there is a folder named “vanilla” in the Repositories folder, delete the vanilla folder. Go back to Glyphs and open the Plugin Manager with Window → Plugin Manager and go to the Modules tab. There, click Install next to the Vanilla module. Relaunch Glyphs for the module to be loaded. 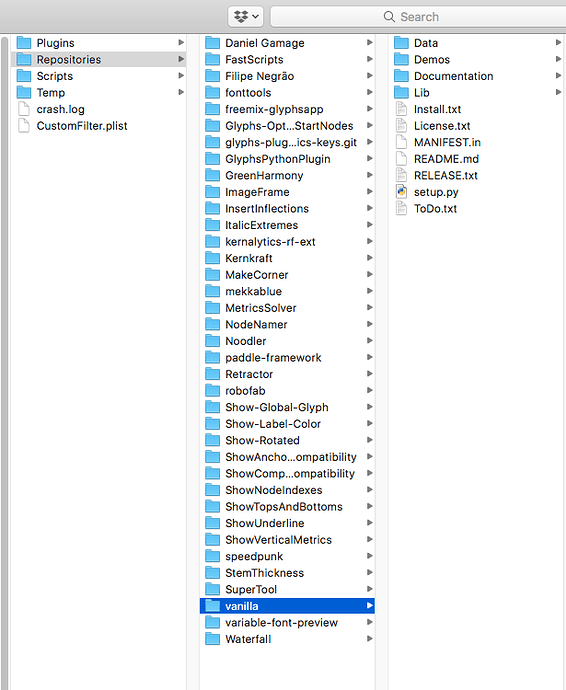 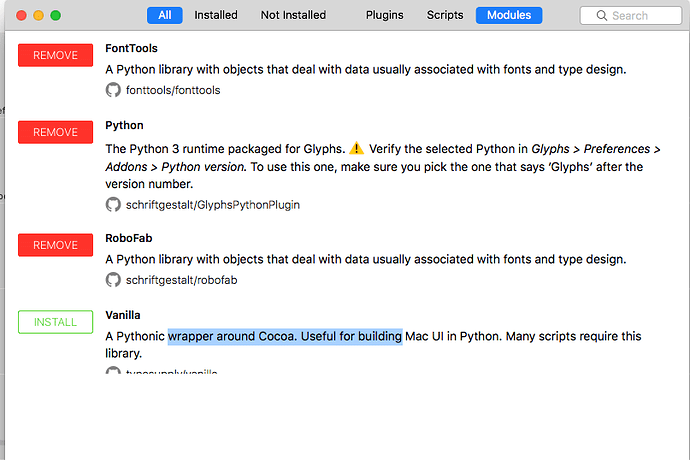 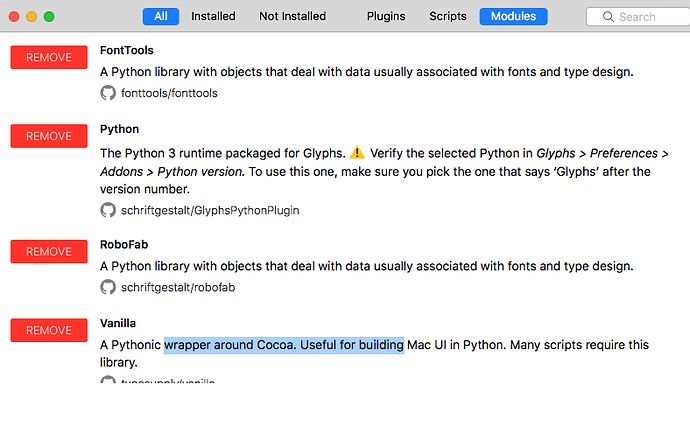 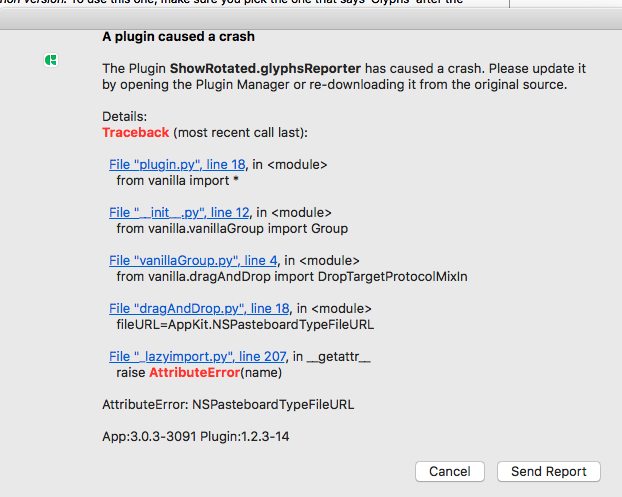 Did you relaunch Glyphs after installing Vanilla? 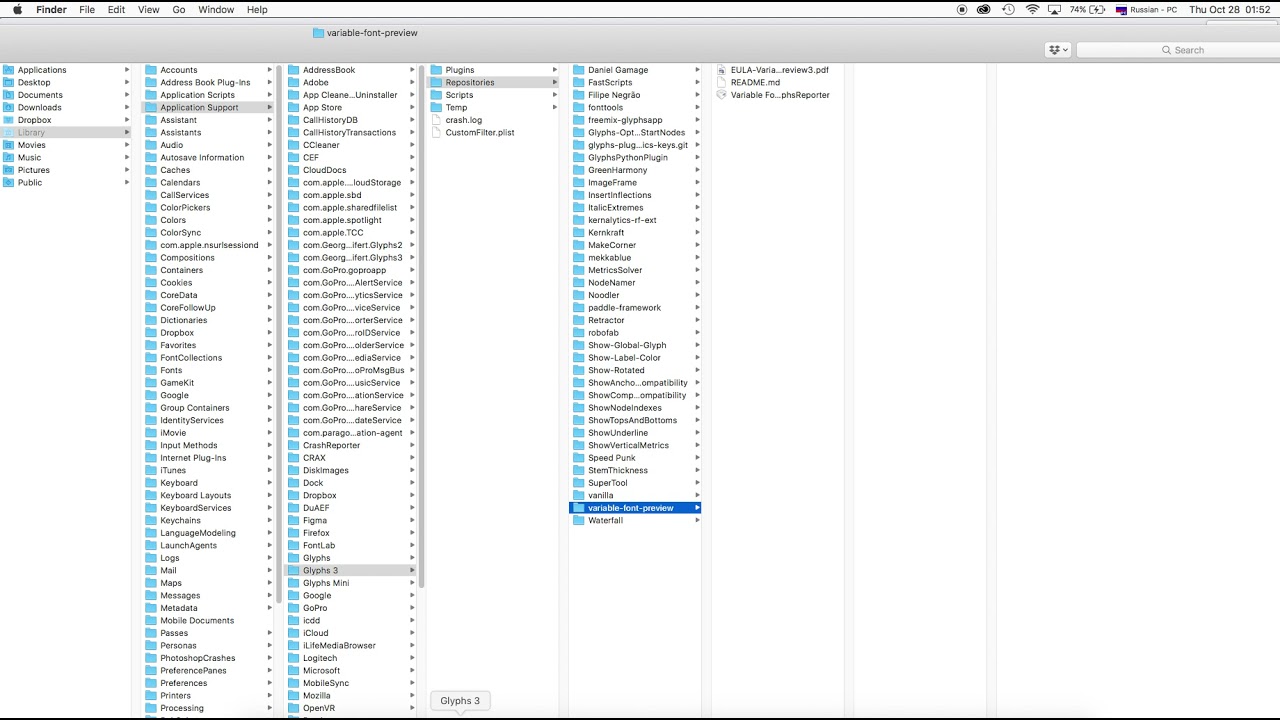