Unfortunately the TrueType hints exported by Glyphs, for variable fonts, are still faulty.
Therefore I have to hint fonts in Visual TrueType.
If the fonts are produced with fontmake rather than Glyphs, that’s al fine.

Fonts exported from Glyphs will be broken after being hinted in VTT. (I tried several versions)
Many accents are shifting in Adobe CC when interpolating away from the main master.

Instead of adding new features to Glyhps, it seems known bugs should get priority to be fixed.
How much longer will the Variable Font export stay in beta status?

Can you point me to specific problems with the TrueType hinting?

And can you send me a .ttf as exported from Glyphs and the one that you hinted in VTT (that shows the shifted accents) for comparison?

Hey @GeorgSeifert,
Thanks for looking into this.
I’ve just sent you the files.

And regarding the Glyphs hinting, cvar export as detailed in https://github.com/schriftgestalt/GlyphsDev/issues/195 is still broken for me in Glyphs 3.

Hey @jkutilek,
indeed, I’ve just tested the newest Beta (3124) and can confirm that the cvar are still broken.

About VTT.
I briefly tested Glyphs 3 exports with autohint, resulting in shifted accents.
Then I did the same with fonts produced with fontmake, and they are fine.

From your question, can I assume that you are successfully hinting Glyphs VF fonts in VTT?
So, what is the right way of hinting accents? They are just hinted regularly. Bottom up, without extra alignment or deltas.

PS: and then there is this: (also not happening with fontmake versions) 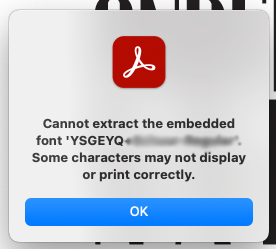