Arabic in some software apps Isolated, in some apps fine

I am working on an Arabic typeface and am facing few problems in the final font rendering in several software applications — the letters within the words appear as isolated (separate) characters, instead of connected letters, according to the Arabic script.

I tested the font across few softwares and compared it as well with Lalezar by Bornā Izadpanāh, available as Google Font as with other fonts, OS accessible.

As it you can see I tryed in two platforms (Mac & Windows); two ways of installing (Adobe Font Folder & exported with a different name in a font manager, in order to avoid cache problems).

I designed the most of the glyphs without entry and exit anchors, as stated by Rainer. But tried also to implement them in few glyphs, but the result is the same.

Whenever I make a change in the Font Info I update and compile it before exporting. The dflt script is latn, but my font supports also a localisation in Arabic.

Honestly, I don’t know where the problem is and what should I do to solve it.

Thank you in advance,
Nikolay

P.S.
I realize my font could be optimized as design, but it is still in progress. However, this is not the focus of my question. 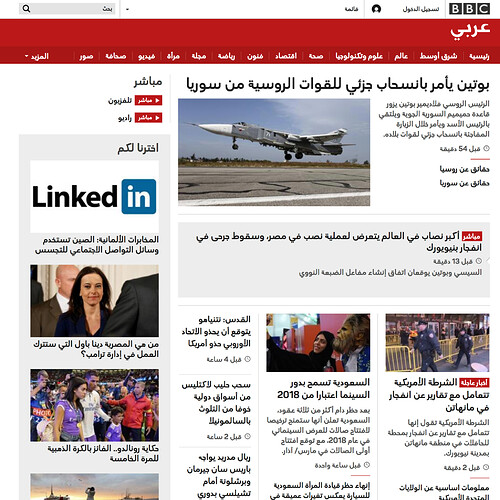 Did you find places where the other font did work and yours didn’t? I didn’t get that from your description.

Yes, for example Lalezar works well in MS Word, TextEdit, Notepad, whereas mine doesn’t. It is important to say that in these application my font has the right direction (RTL) of the words, but the connections are that break.
In Adobe Illustrator both fonts break the directions is being wrong converted (LTR) even if the language is set to Arabic, but I guess this is due to the software, In Adobe Illustrator Middle Eastern the fonts work fine.

Here you can see my font (on the top) compared to Lalezar (on the bottom):

I made it work in Safari by automatically generating the Languagesystems. It will add an languagesystem arab dflt;. Not sure why that makes a difference.

Thank you a lot, Georg! This is a small detail that really makes a difference!

All the best wishes for the New Year! N )