The case is with lam_alef-ar & lam_alef-ar.fina ! It wasn’t like this in previous versions! 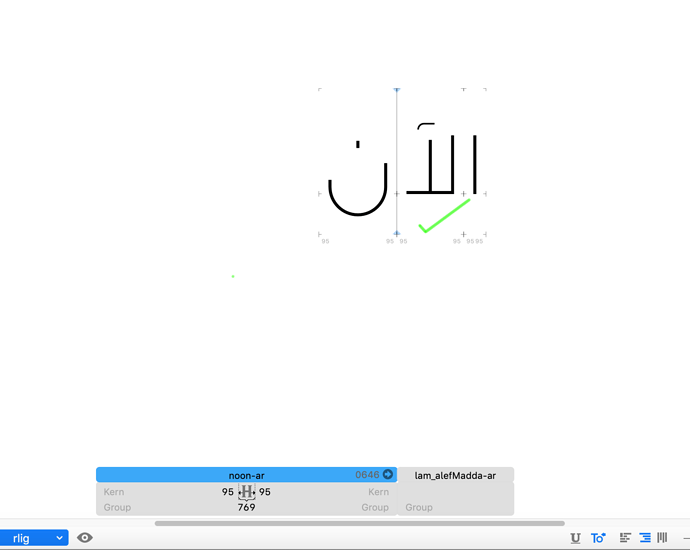 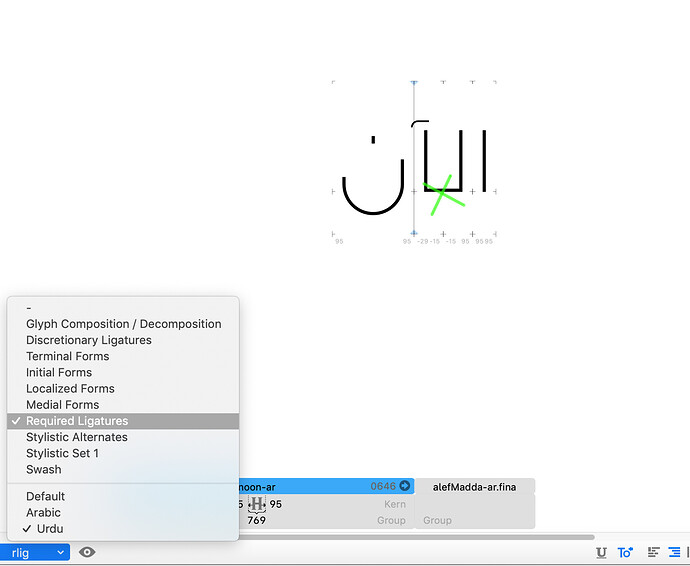 There is a script arab; in your feature code. Either remove that or add

There is no OpenType script urdu, there is URD language but the script is arab.

Right. Was writing on the go.

Thanks, Georg & Khaled,
I have no idea where I should place these lines, before or after the brackets, I have tried before and after nothings change, anyhow it is working fine also after I removed lookup brackets & scripts…

Why that not happen automatically? 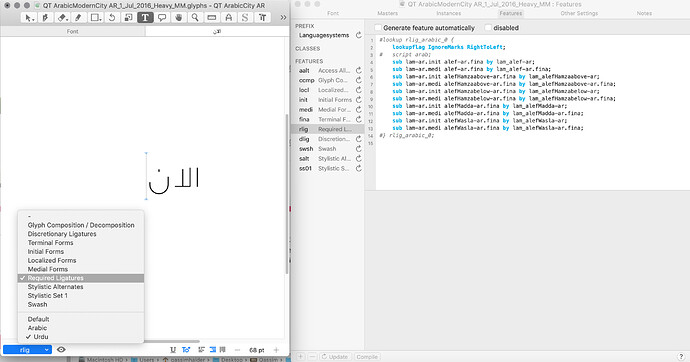 Is this is right?

The lookup is there to be able to reference it later if needed. I need to check if I need to add the code I mentioned automatically. Could you send me the file for testing?