I have an old install that has the file
~/Library/Application Support/Glyphs/Plugins/BDF.glyphsFileFormat

which no longer works as I imagine it was for the SDK as of 2017.

Is there a workaround to export as BDF?

My workflow was to get Fontstruct (export .glyphs) to Bitmap via Glyphs.app BDF export.

You can get the latest version directly from the git repo. I fixed the bugs:

Contribute to schriftgestalt/BDFFileFormat development by creating an account on GitHub.

I get further, but now after selecting a filename to save as I see more errors.

A PDF file is produced, but it’s invalid according to the other tools I use.

As stated previously, I am using a glyphs file exported from Fontstruct.

Is the BDF plugin still supported? Or is there another way you’re handling this now? I’m trying to export a .bdf file and though I’ve downloaded the plugin I’m not seeing anything new in the export panels. 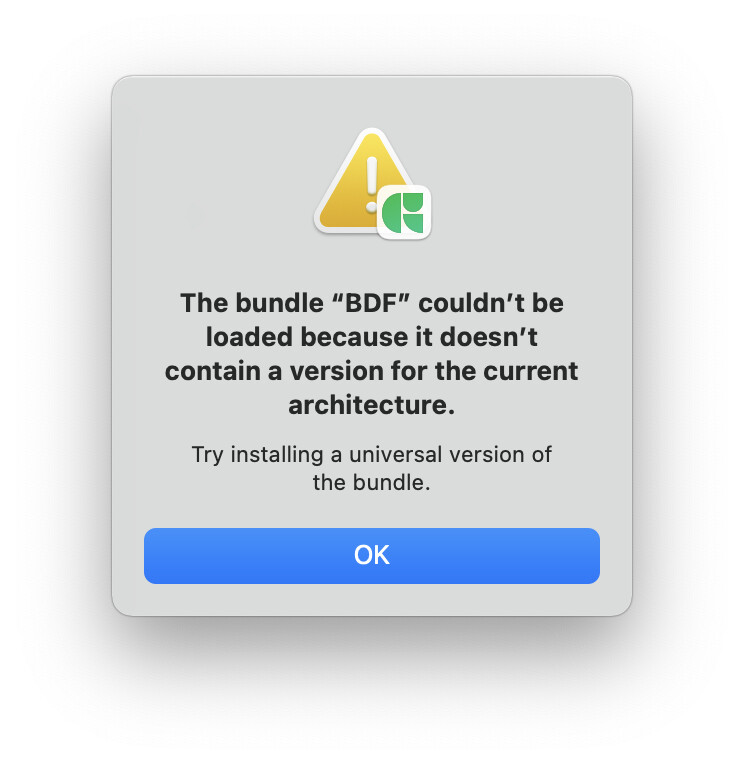 I’ll update it. Until then, you can run Glyphs in Rosetta mode. Then the plugin should work.

Hi Georg. The plugin does not work on my version (3068).
Also, the github refers to the “Glyph Note plugin” through the Plugin Manager

BDF plugin is not available in the Plugin Manager.

This is my Error Message

Can you run this in the macro window an post the result: