I’m sometimes using Glyphs to letter short words or a limited number of glyphs to be used in other applications. The problem is that, when selecting and copying the letter (cmd+a & cmd+c is what i use), the pasted form is cut off at the baseline. The problem seems to be isolated to Photoshop (and possibly other image editors) since Illustrator pastes it just fine. For now, this is fixed by moving the complete form of the letter above the baseline and then copying it, but it would be a real quality of life improvement for the future. 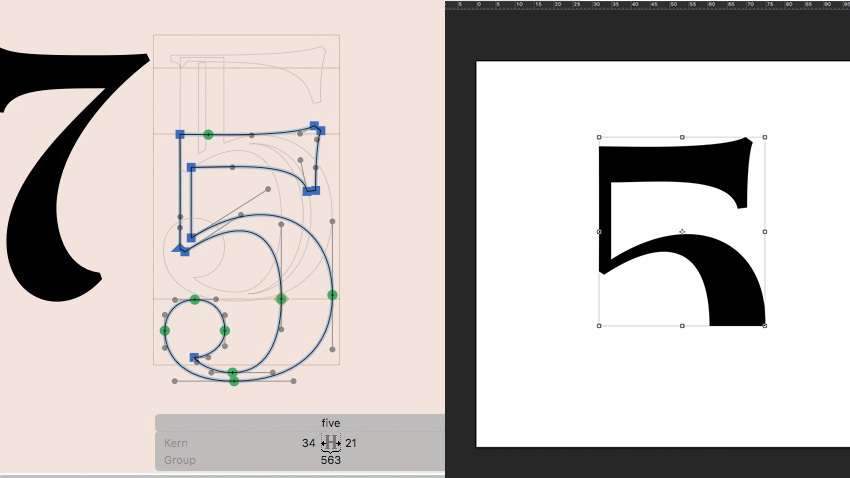 Did you set a descender value? It requires one.

The master has a descender value if that’s what you’re talking about. But I don’t think that has any impact since I’m not exporting the font, just copying the outline.

that might be a problem in Photoshop that I can’t fix. But why don’t you export the font and use it in Photoshop?

I know there is many different ways to get my glyphs into photoshop but just copying and pasting was the most straight forward one. It may very well be a problem with photoshop but I just wanted to bring this to you attention, if it’s no easy fix it might not be worth the effort.

This seems to happen only when pasting on Photoshop as pixels or as smart object. If you select to paste as a shape layer, it works fine.

Interesting, thank you for the tip.