I just updated Glyphs 3, which then advised me to install a new version of Python via the Plugin Manager, which I did. 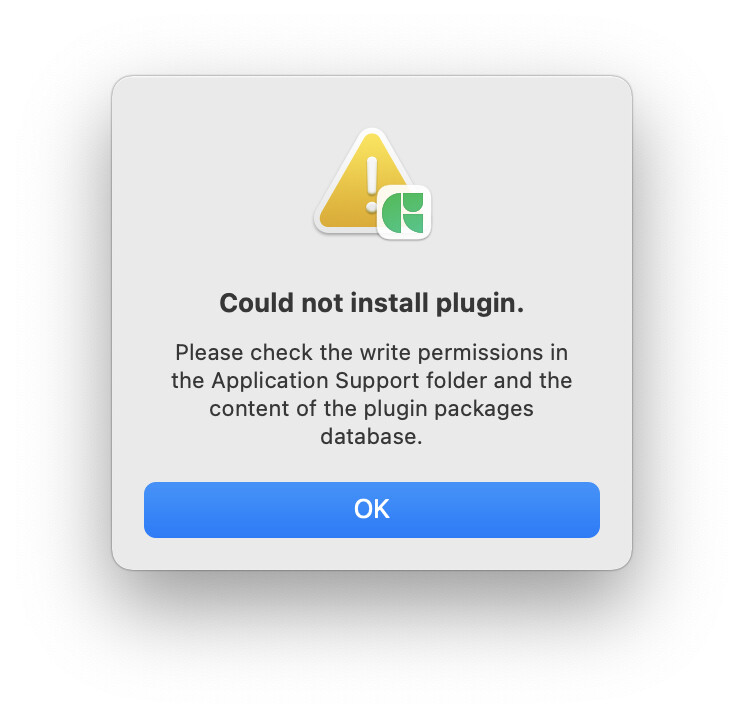 What is the Application Support folder? And how do I “check the write permissions”?

It turns out even the scripts that don’t use Vanilla are not working any more. I am getting errors like this:

What Glyphs version are you using? Are you on the cutting edge? And what Python version is selected in Glyphs → Preferences… → Addons?

Small update: After un-installing and re-installing Python again, Python macros in general are working again but I am still getting the same message if I try to install Vanilla using the Plugin Manager.

What is the Application Support folder?

Choose Script → Open Scripts Folder. The Glyphs 3 folder will be shown in Finder with the Scripts folder selected. This Glyphs 3 folder is in a folder named Application Support.

And how do I “check the write permissions”?

I don’t think that a Glyphs update would change anything about that, but just to be sure.

Seems I found the problem!

In the Repositories folder there was already an empty subfolder named vanilla. For some reason it was not deleted when I removed Vanilla via the Plugin Manager.

After I deleted the vanilla subfolder the installation worked fine, and now everything is back to normal. Phew. It seems permissions were not the problem.

So, possible things to check in Glyphs are: (1) is the subfolder really deleted when uninstalling via the Plugin Manager? (2) When creating the subfolder fails, is the problem really permissions or a pre-existing subfolder (which, when trying to create it, raises a similar error as lack of permissions)?

Thank you for the observation. We’ll improve the deletion and error handing code in this regard.