I have a variable typeface with 6 masters and 2 axis (weight/optical size) +1000 glyphs, etc…

Here is a screenshot for you to see how it works: 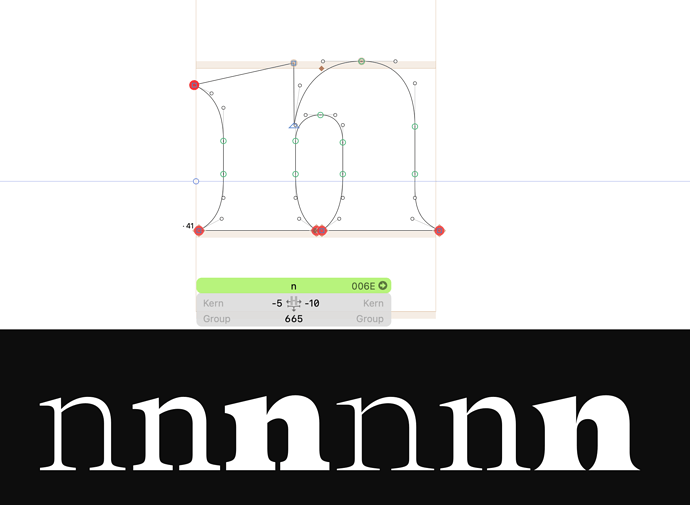 When I export as VF the following message appears:
“Incompatible outlines. This can be caused by outside transparent overlaps.”

If I errase every component, then it will export. It appears that Glyphs cannot export components that have overlapping nodes in the original glyph. But in this particular case I need that to happen. I don’t know what to do!!!

Thanks for the help in advance,
Fer.

Hello. Yes, this is quite an annoying recurring issue – components that overlap will be decomposed on export, meaning double nodes or open corners get deleted/closed. You will need to decompose the component in order to export it in a variable font.

Overlapping components are not decomposed per default. There are some reasons for decomposition, if the setup can’t be exported.

Just sent it Georg, thanks for having a look!

Thanks for the file. The problem is the combination of bracket layers and smart component settings. I’ll see what I can do. At least that is the case on the five.lf and five.numr.

If I erase the bracket layer glyphs it still gives me some problems.

I had a look at the other problematic glyphs.

the registered uses a component with smart settings to the R. The smart settings seem extrapolate a bit and cause a self overlap on the top left serif in the Black Display master. 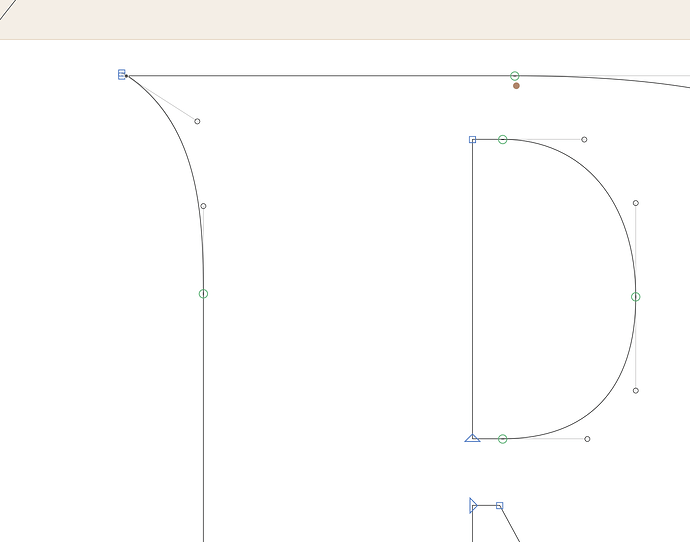 That outside corner is removed in the export process, removing a node.

I’m playing around with this and added a threshold to allow tiny outside overlaps. But that probably will cause more troubles than it solves. What I would suggest is to have a two unit line instead of the sharp ending.

Thanks Georg for taking the time to review the file!
I’ll try that

I still need to have a look at the combination of alternate layers and smart settings. And the onesuperior has another issue. So we are getting closer to make this file work.

I managed to export the font! Thanks for the help