I added some circled numerals to my font (unicode range 2460 (one.circled) to 2468 (nine.circled)) and now I’m wondering

First I thought that it would be nice to make it work like a ligature, but in the calt-Feature, like this:
sub largeCircle one by one.circled;

But maybe it is better to just put it in a stylistic set?
sub one by one.circled; 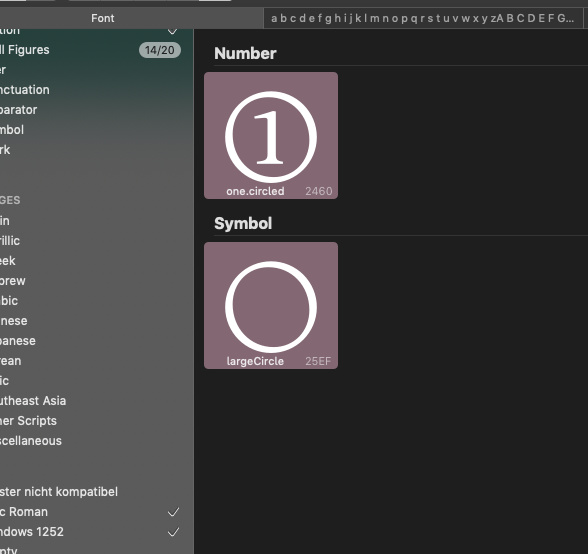 Which OT-Feature would you recommend?
What could be the reason for the exporting error?

I prefer the stylistic set alternative, both philosophically (it’s a better description of what the desired glyph really is) and practically (it’s not especially convenient to type a largecircle).

Dunno about the error. Does the calt feature expect a one-to-one substitution?

Thank you both for your quick and helpful answers!
I happily embrace the Stylistic Set approach and send my file to the support-address.

Indeed, there seems to be an issue with the renaming in the feature code with dotted figure names if the figures have their own unicode as well (as is the case with circled numbers).

For now, if you do not intend to have them typed but primarily accessed through the OT feature, it makes most sense to rename them to .ss18 and automate the feature code.

Thank you! I applied the workaround and it works like a charm.
For the sake of completeness, some screenshots: 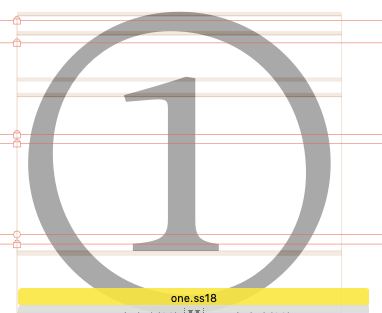 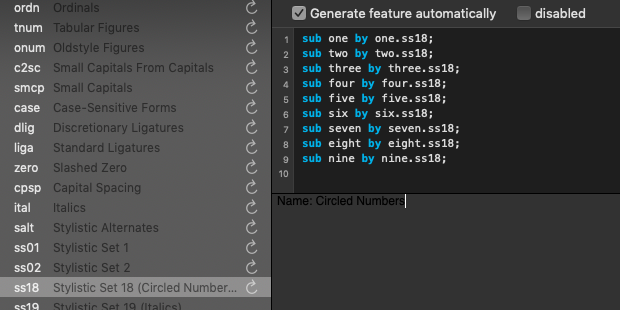