although the compatibiliy seems OK, Glyphs refuses to show me ‘all instances’ because of not being compatible.
What did I do wrong? 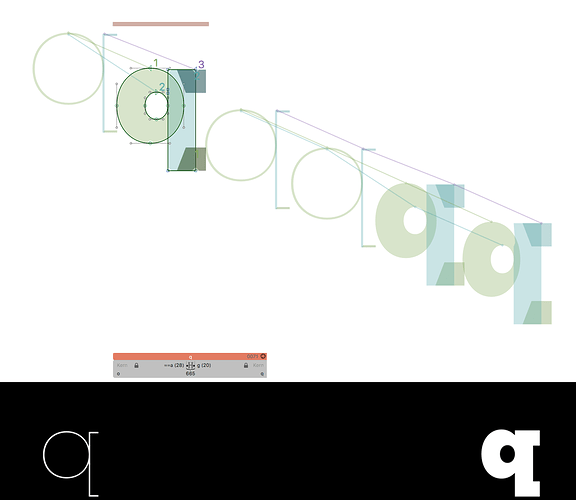 Have you checked anchor compatibility as well on all master/bracket/brace-layers?

Yes, I did.
No anchors. Amount of nodes identical on every layer, starting points matching …

EDIT:
For a compatibility report of the current glyph, you can copy and paste this into Window > Macro Panel, and press Run:

OK, this time I face the same problem, but without using components …
HELP!

What does the script say? 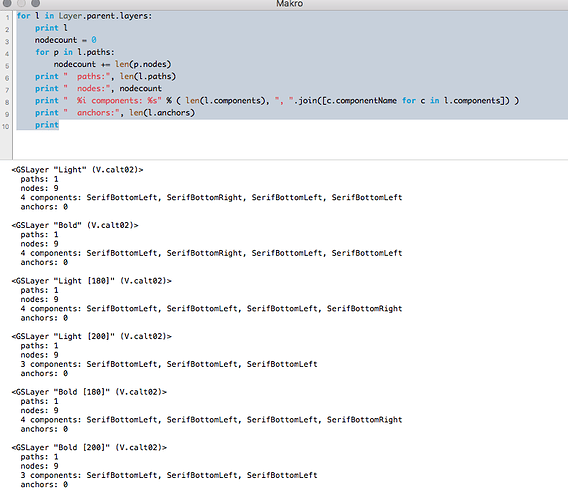 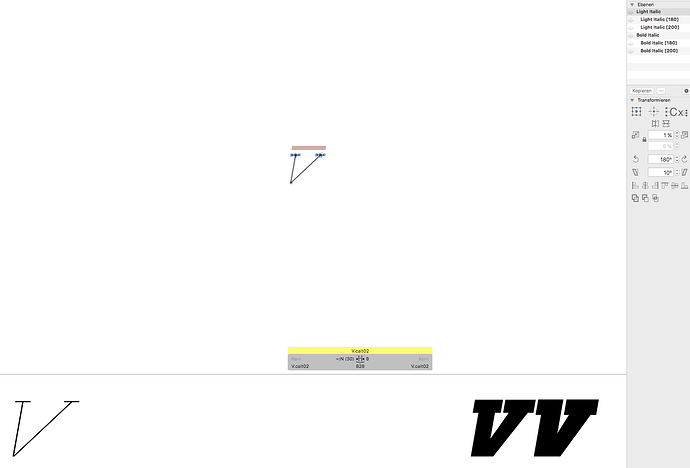 There are different number of components.

Should be OK in this Bracket layer setup.

There are no components and no anchors. Startpoints look OK to me.
Number of nodes identical, exc from [200] on, obviously - which does not seem to be the problem.
No idea why the green line goes zigzag. 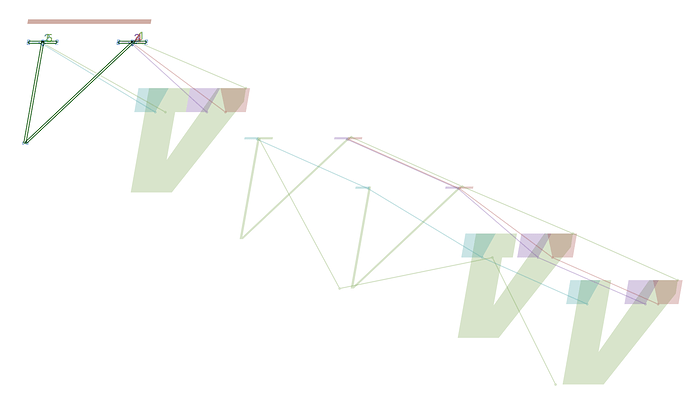 But why does THIS (pic attached) work, and the other doesn’t?
The setup is practically identical. 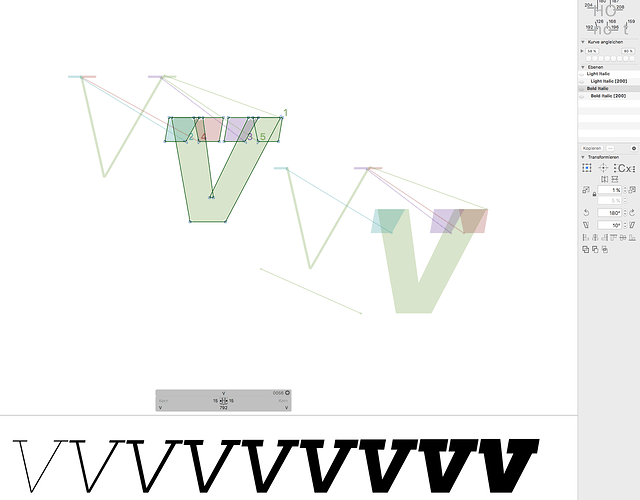 The second screenshot is fine. See the green node connecting line in be second group going from top left to the bottom (between the two light).
It seems that you try to have three stages but the second and third are not separated. Maybe there is an instance directly on the breakpoint. You need to tweet the bracket layer numbers until there are three groups of Light and Bold each.

There ARE three groups of Light and Bold each already. The instances’ breakpoints are at 183 and 220.
What do you mean by ‘not separated’?

As long as it draws the connected lines between four layers instead in three groups of two, it will not be compatible. Check how the brakepoints relate to the instances. They should not be on the same spot. Change the brace layer numbers a bit to make it clear if an instance is in or not.

Like this? I changed it the second instance to 170. Did you mean that? 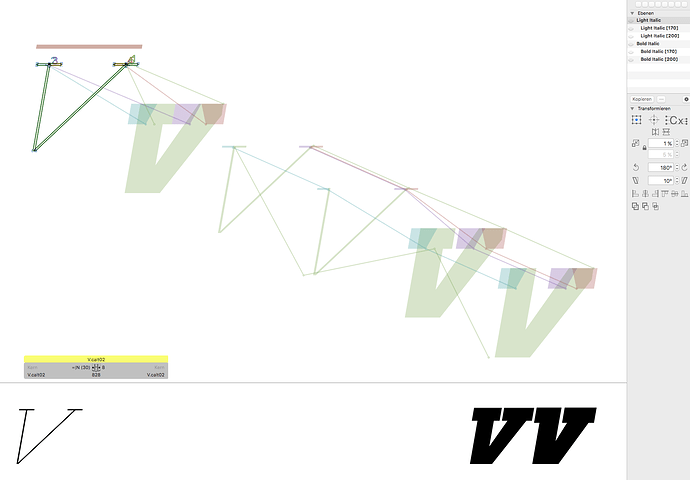