Hello! I’ve looked around the forum but couldn’t find any information regarding my issue.

Is there a way for a calt string to only work preceding or following two specific letters? For example:

This works as intended in Illustrator. However, when I try the font in Affinity Designer, the program uses a.ss01 before a single ‘s’, rather than only after ‘s s’. I need a.ss01 to only trigger before two ‘s’, not a single ‘s’.

Is there a way to do this? Thanks!

Your code looks correct. Do you have the ss01 feature active in Affinity Designer? That might replace the /a by /a.ss01 even if the context is missing.

Thanks for your reply!

Apologies for the off-screen capture – I’m testing on a Windows machine rather than my usual Mac – but here is what’s happening: 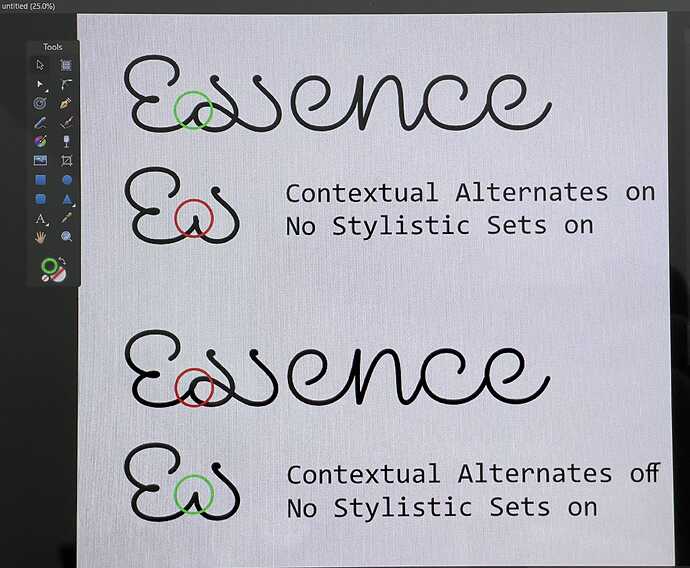 However, I just tried plain old Notepad.exe and the feature is working as intended there, so it must be an issue with Affinity Designer itself after all. I just updated Designer to the latest version and the issue persists, so I’ll have to submit a bug report with them.

Thanks again for confirming my code was correct!

I can confirm the issue is with Affinity Designer on my Mac, too.

Changing the max context parameter in the font does not fix the issue in Affinity Designer.