I have sent one of my fonts (it is a demo) to my friend to test it on Glyphs. It’s a chromatic font (sbix tables). But when she tried to export font as an .otf she got this error. Why can’t she convert the font? 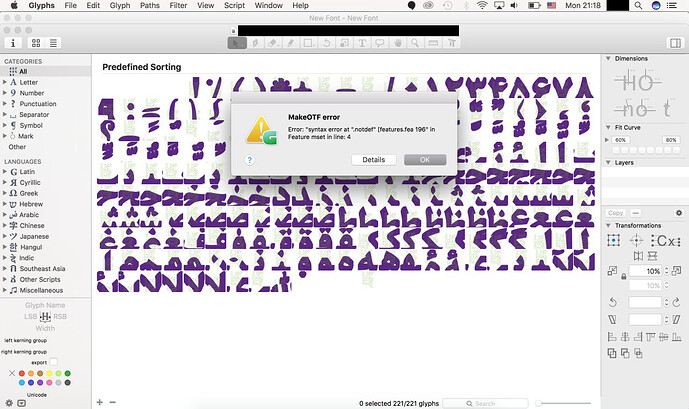 There is an error in the OpenType features. It it was opened from a .otf, the import of the features is not 100%. She should check Font Info > Features.

Thanks for the reply.

Actually it was a .ttf file exported by TransType. And because it is a demo, I removed all OT features.

I will tell her this and if I may eventually what she can do about that?

Another question. An exported font with these conditions would be a bitmap font or Glyphs also creates or converts the bitmaps to vectors (b&w)? I saw some apps create a ‘layer file’ too.

Not sure what you mean, but Glyphs does not convert bitmaps to vectors. There is a tutorial about setting up sbix fonts.

When a font has chromatic layers FontLab VI and TransType create a layer ttf font which includes all the layers but in b&w. They also do this when a bitmap font is exported by them. In the process they convert all the bitmaps to vectors. It’s like what AI does in a image trace process. I hope you can see the process now.

The sbix is already created, but thank you.

And I didn’t realize the first part. If a font doesn’t have OT features it can’t be exported by Glyphs?

If a font doesn’t have OT features it can’t be exported by Glyphs?

That doesn’t matter. You can export a font with and without OT features.

Compiled features are difficult to reverse engineer though. So something may get lost if you open a compiled font.

I asked her to see the Font info > Features This is it: 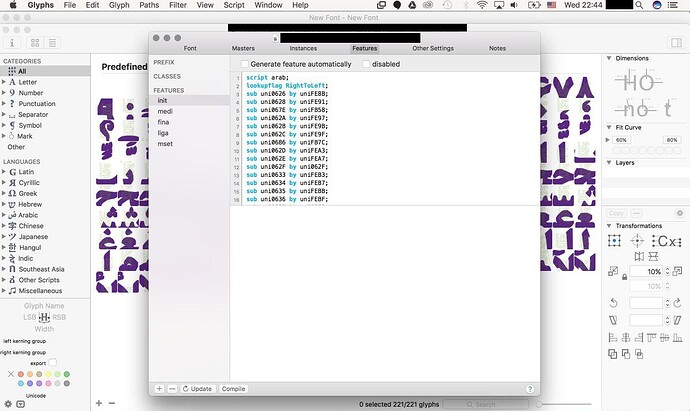 And these are other errors shown while exporting the font in ttf or woff: 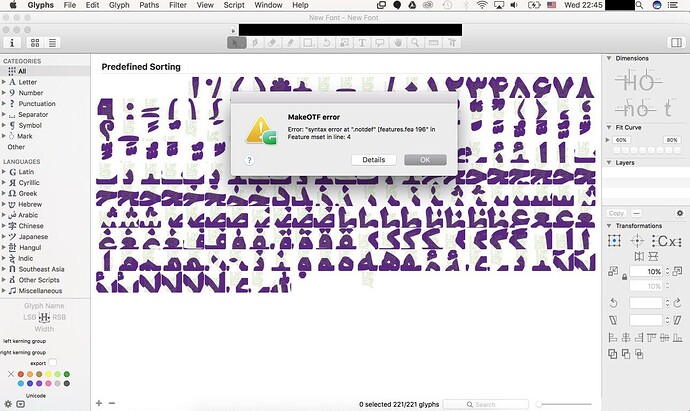 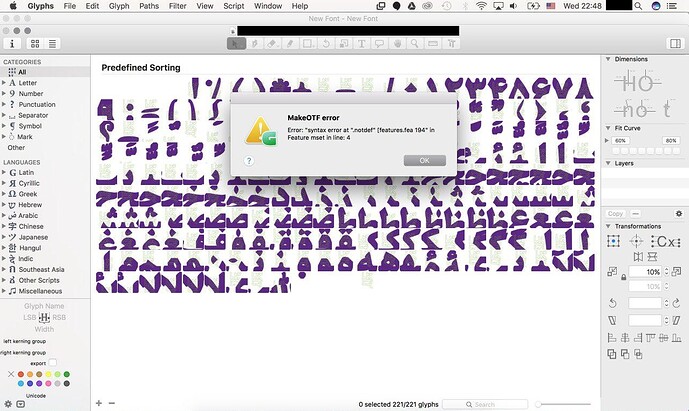 And the other weird thing is glyphs can be seen in the main window, but not in the glyph window. It is empty: 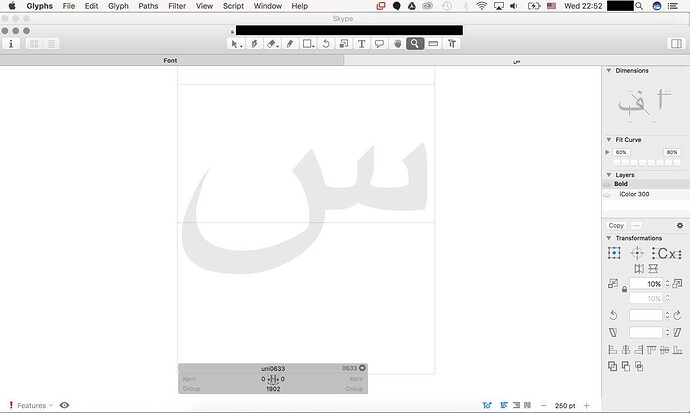 The glyphs are on the iColor layers. Placed bitmaps. See the tutorial about sbix fonts. I suggest: