Is there any reason why “Correct Path Direction” would re-define as the starting point of a path the lowest node at the left hand side instead of the highest at the right hand side as it used to be in previous versions of Glyph? I am finding problems of incompatibility between masters I designed in Glyphs 1.4 because of this. Is that the way “Correct Path Direction” works now?

Yes, that is the way it works now. You can Correct Path Direction for All Masters if you also hold down the Option key. That should fix the incompatibility.

Good to know. Thanks mekkablue

I find it dangerous to apply Correct Path Direction indiscriminately to all glyphs, since the algorithm often fails to match up the correct paths with each other in what appear to be extremely clear-cut cases: 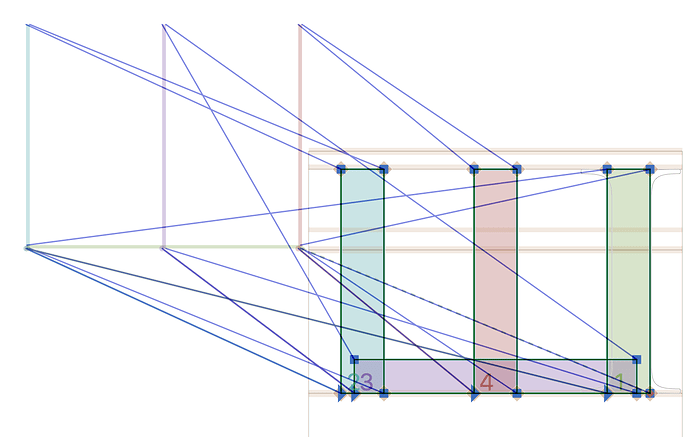 That’s a nice feature! Thanks for the tip. Still, it would be preferable if such glitches didn’t appear in the first place… they can be hard to spot.

In this case, I would rather question the arrangement of the paths. It is not a clear case because you have many paths at the same height, and the algorithm has to guess which one is supposed to be the first one.

If you want to take advantage of the feature, remove overlaps between paths 1-3 (perhaps open corners on the insides), and move the overlapping nodes of path 4 up a little, into the overlap.

@mekkablue is there a way to do it by python? method/function to call “Correct Path Direction”?