I’ve put /A and other /A-like things (/Aring etc.) into a kern group called “A”. Now I want to change my kerning entries that referred to “A” to refer to the group “A”. So I do this: 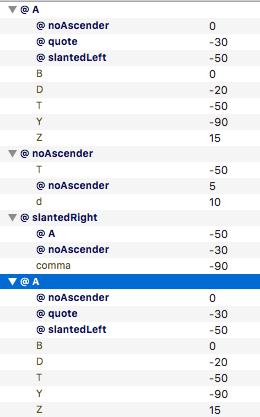 or sometimes it just crashes.

Changing kerns to a kern group is problematic
DunwichTypeFounders December 18, 2015, 4:45am #2

There’s a script to copy kerns in Tosche’s github repository. Try copying the kerns to a group with a different name, delete both versions of @A, and then rename the new group.