Hey !
I have a problem on my export : I created some pictograms on glyphs, the curves are good but when I export them in ttf and try to use them on illustrator or another text app, the curves are strangely deformed…
Do you know where the problem comes from ?
Thanks ! 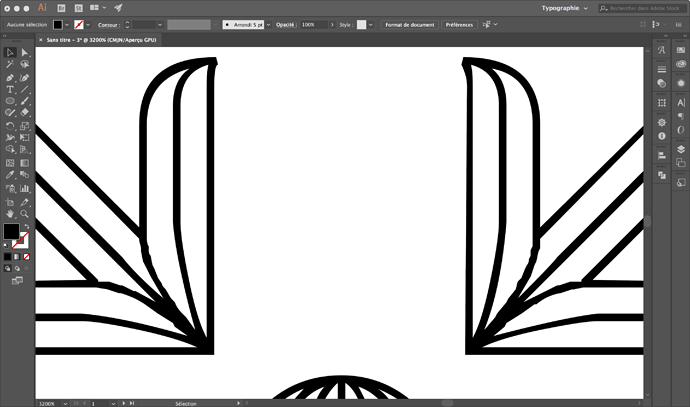 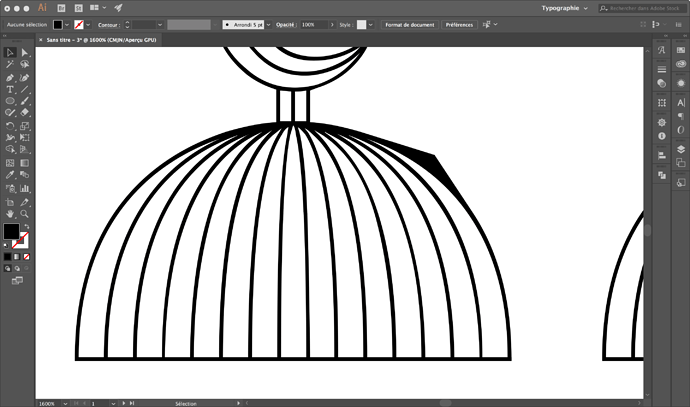 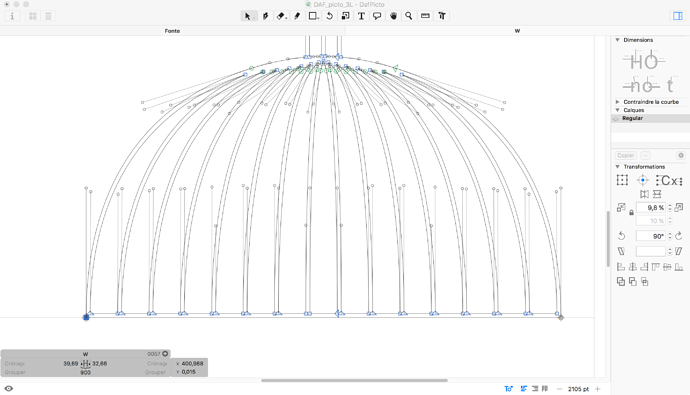 Why do you export as ttf?

Can you post a screenshot of the original outlines of the first image?

For the second one, can you send me the file that I can have a look? And moving the starting point to the end of a line segment should should avoid this corner.

thank you for your answer, here is the screenshot, I know that there are a lot of parasite points that I should clean up due to an outline vectorization on illustrator but it would be much too long to do knowing that I have a lot of pictograms in several different weights and these points do not affect the appearance of the curve on the glyphs display.
Is it possible to have a good display in ttf despite the parasite points?
I can’t post the glyphs file because i’m a new user… 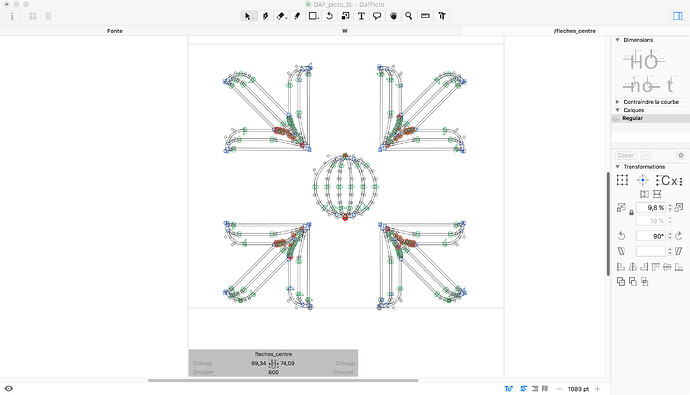 Too much detail for a normal UPM. Either scale to UPM 4000 with a custom parameter, or export as CFF/OTF.

Keep in mind that coordinates are rounded for TTFs. And read the tutorial about complex paths.

You see the original outlines has a lot small curve segments (and red empty path indicators) in those areas that had the path deformations. You should be able to clean up those outlines to only use one or two segments.

Thanks ! I’ll try this