I’m having a problem installing generated OTF’s in both the Adobe fonts folder and Fontbook. There are three weights, all named differently but they are deemed to be duplicates or copies, so only one weight will install. I’ve tried renaming, removing all generated copies restarting, regenerating, but am unable to resolve the problem. 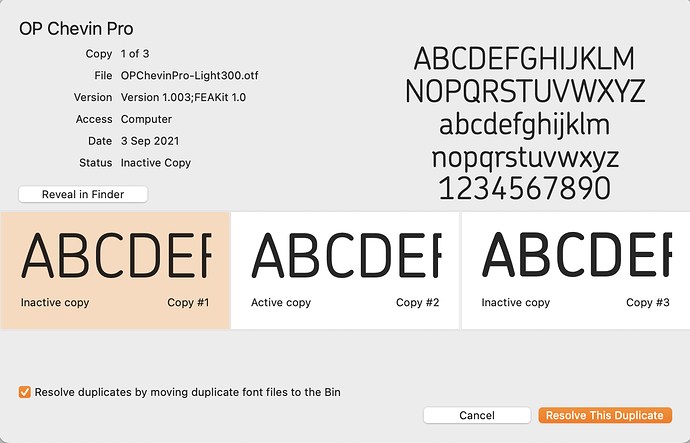 I wouldn’t install fonts in the system, too often. Because it leads to such problems.

Where does this dialog come from?

Font Book. But even when there are none of the fonts in Font Book, and I just install in the Adobe folder I’m still only able to see one font.

Then there seems to be something wrong with the names. Can you check if you have some custom parameters that might mess things up? 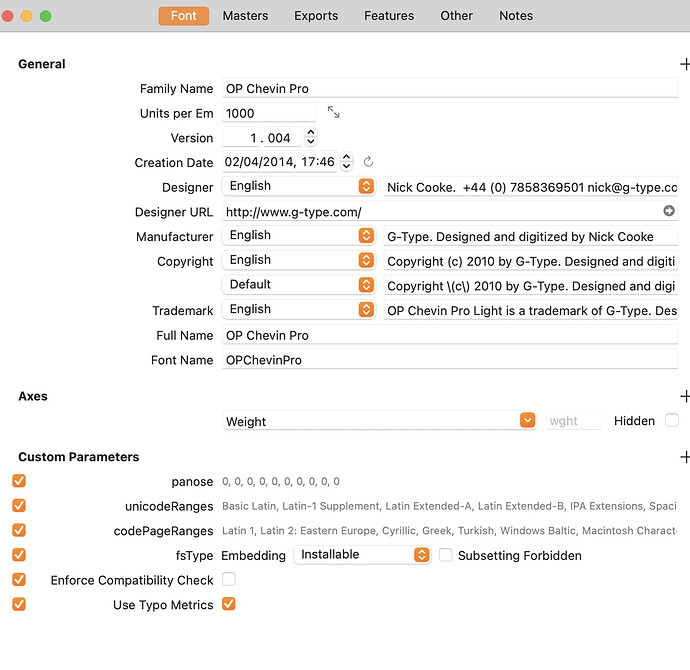 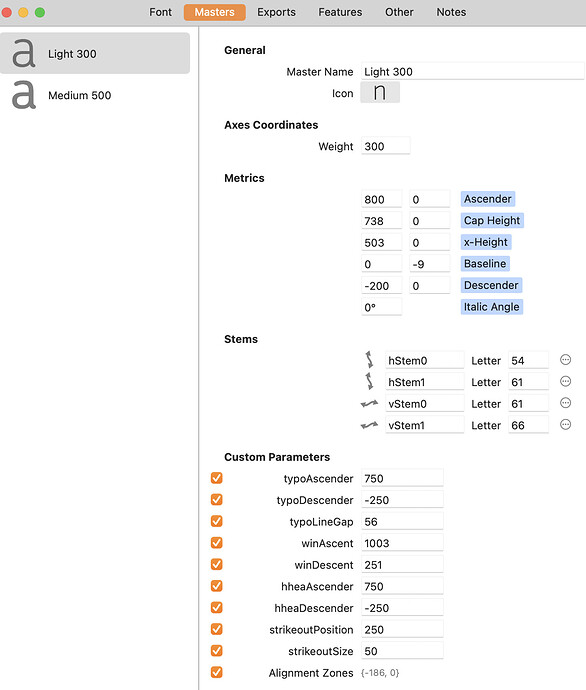 Check the instances, too.

Then you need to make some.

Do I just copy them from Font or Masters?

The plus button in the Exports settings has a ‘add instance for each master’.

There are three instances. I meant there are no custom parameters listed under Exports. 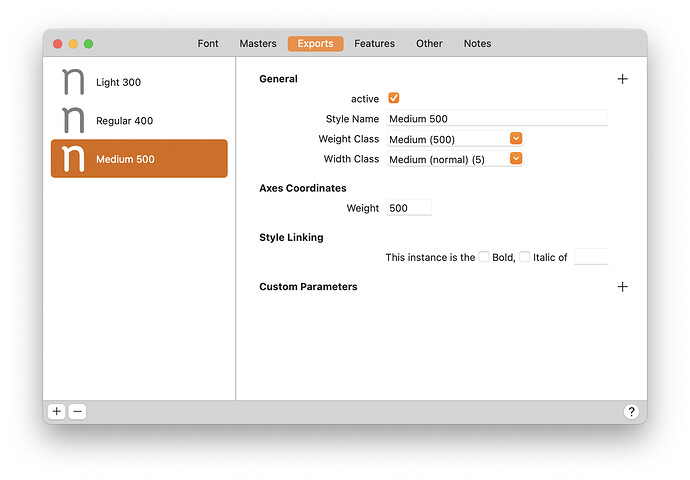 I’ve sent it. Thanks for having a look.

I can reproduce the issue. Investigating.

They were originally in FL5 if that helps.

I got it. Remove the two entries FullName and FontName from File > Font Info > Font > General. They are not necessary. Once you remove them, the export works.

They were overwriting Name ID 6 in each export, and Adobe apps use Name ID 6 to distinguish between fonts. Since all three had the exact same Name ID 6, Adobe apps thought it must be the same font.

While you are at it, I recommend you also get rid of these custom parameters. They are not necessary and can do more harm than good the way they are set up now:

It worked. Brilliant! Thank you very much.