how can i fix it? 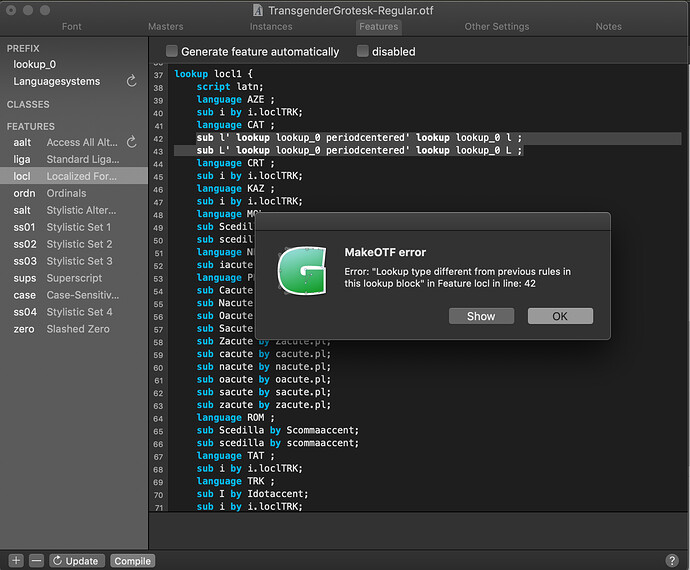 In OpenType feature code, there can only be one lookup type in each feature. But, one can use lookup blocks to get around that restriction; each block can only be of a single lookup type, also. If you wrap those lines (42–43) in a lookup block, the feature may compile properly. Hope that makes sense.

Could it be you opened an existing compiled font, and you are trying to make reverse-engineered code work? Not a good idea. Perhaps automate those features.