Whenever I try to use @Mark’s lovely Show Distance and Angle plugin, Glyphs 3 won’t load it and gives me this at launch: 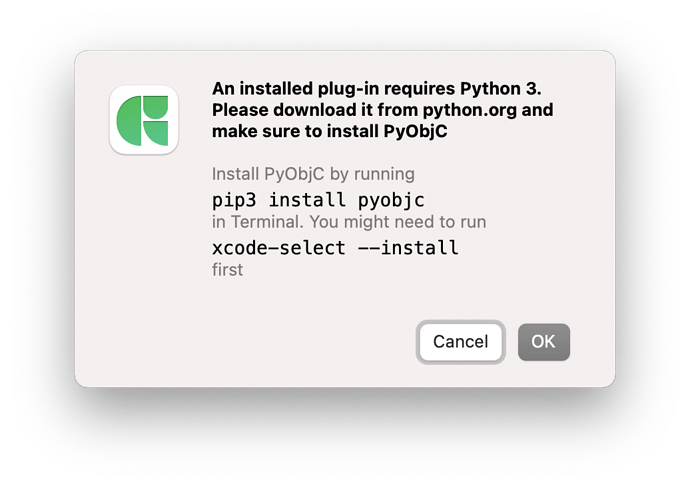 I’ve done what the dialog asks, running pip3 install pyobjc sucessfully, several times from the Terminal. I’ve already got Xcode installed as well. I have both the Glyphs Python 3.8.2 and the Python.org 3.9.5 installed and it doesn’t matter which one I select in Glyphs, I get the same error at launch.

Can you remove and reinstall the python module in plugin manager and make sure to select it in preferences?

I had the same thought, but it’s not there in the first place: 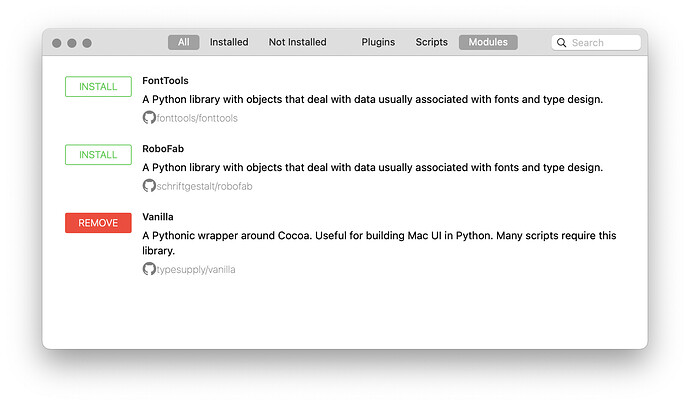 This error is happening on:

Those things mentioned by Georg and mekkablue should help you out, once you got it it should appear as in my GLyphs 3, with almost the same computer setup: 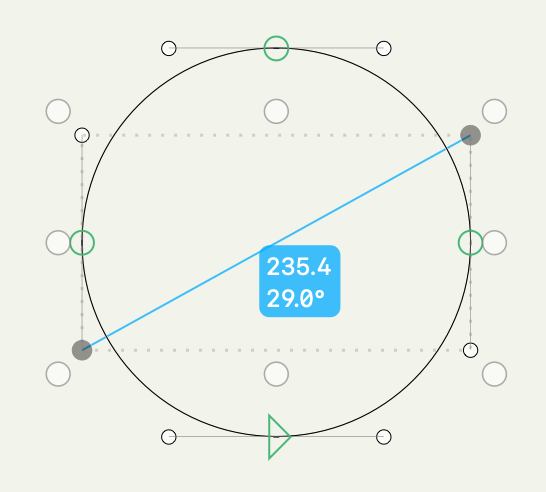 Thanks @GeorgSeifert @mekkablue @Mark for all of your help. The cutting-edge version indeed fixed the issue after a quick reinstall of the plugins.

I had been avoiding the cutting-edge version to play it safe, but it turns out I should have been using it anyway.