I recently recreated my font family “Mecha” as a variable font, which now has 2 files, for upright and italics, each with 3 masters—Thin, Regular, Heavy—withweight axis. For the Italic axis, The upright masters have a value of 0, and italics 1, and I have indicated Weight and Italic axes in both files.

Each file on their own is previewing and functioning correctly with no error on the weight axis, both in Illustrator and InDesign. However, I can’t get both files to view simultaneously with upright and italics selectable, it will only display one or the other. I suspect that this is a naming issue on export, as both files generate the same file name (MechaGX.ttf), and I have to rename them afterward so that they don’t overwrite each other.

I have the weights ordered properly, as I had worked before with style linking the instances before, when I was working in individual files for each weight. Also, both files have the same Font Family name. The only factor I’m not confident about is the Italic axis and switching between them. I’ve been combing the forum, and haven’t seen any other solutions to my problem so far. I’m running the most recent version of Glyphs, and working on a Mac with OS 10.14.6 Mojave. I would appreciate any support. Thank you! 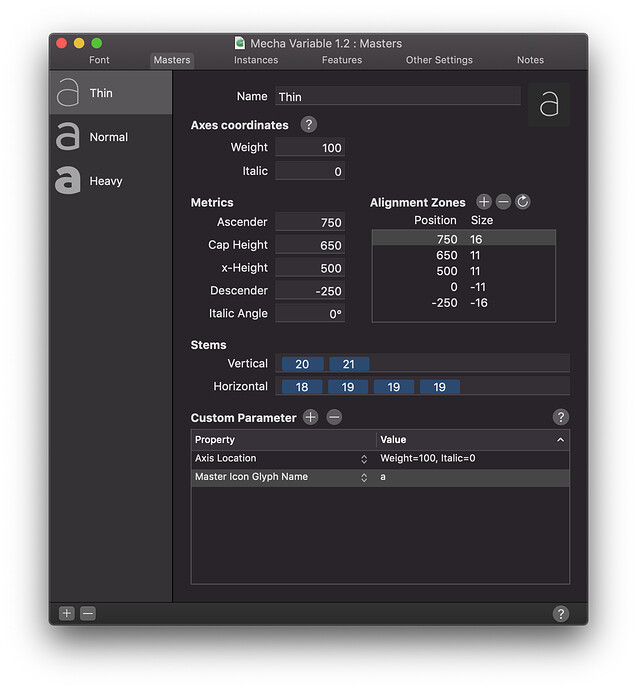 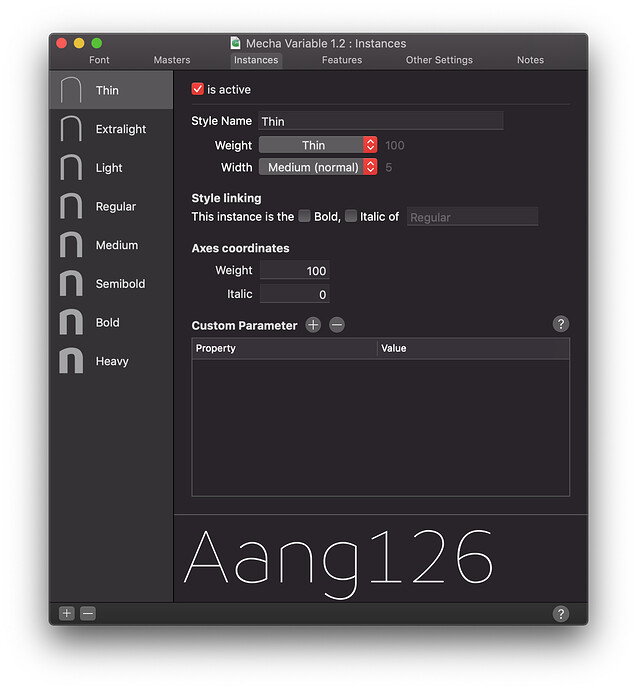 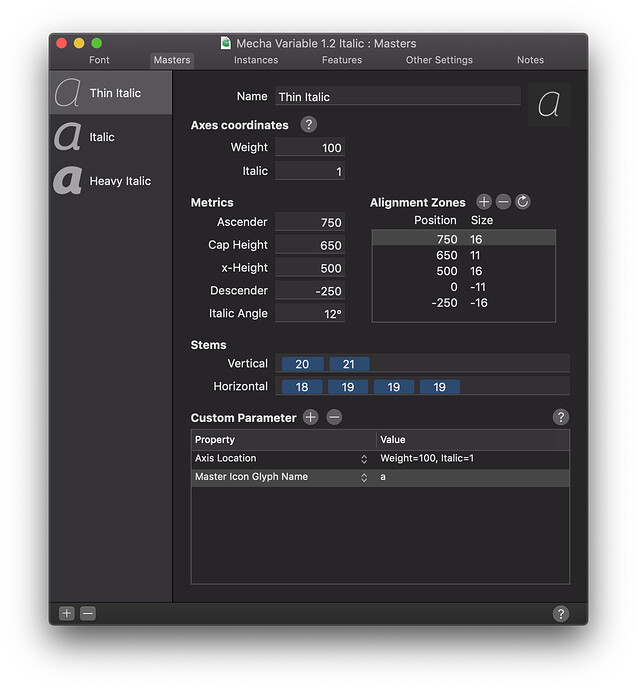 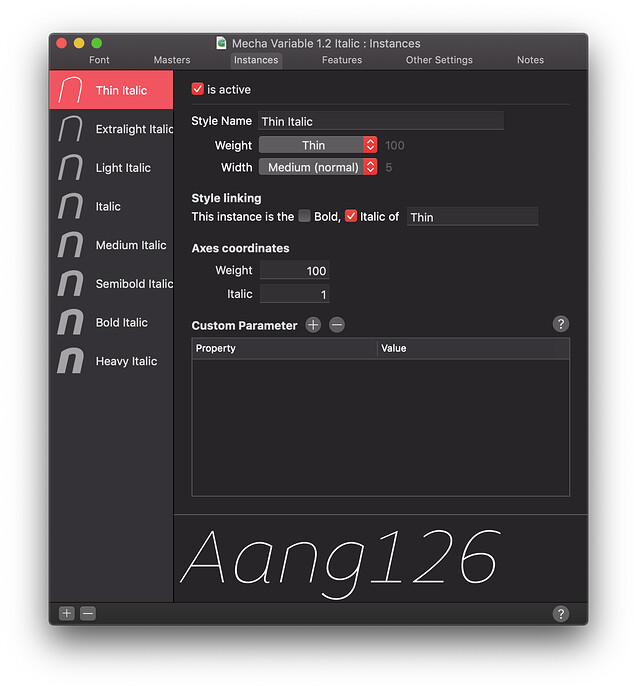 I forgot to mention as well, that after I have exported both files into the Adobe fonts folder, If I were to remove the upright file, then the italics will display in Illustrator or InDesign instead, and vice versa. Just never display simultanouesly.

You need to have all six masters in ONE file to access the italics by an axis, don’t you?

But you don’t need to have access to the Italic axis.
The problem with the instances not showing up is either a incorrect STAT table from Glyphs, a bug from Adobe or both.

In the mean time, I eliminated the Italic axis (which I realize is redundant now), and implemented the Variable Font File Name setting, which is very helpful. It could be an Adobe bug, but to my observation, it seems like one file is cancelling the other out, but somehow they are still active. What can I do about the STAT table?

You need to have all six masters in ONE file to access the italics by an axis, don’t you?

Spec says you don’t need them in one file. Axis and STAT definitions also need to work for static fonts.

An interesting development, which tells me that this is probably an Adobe problem, after I exported both files int the Adobe Fonts folder, while I had Illustrator open, I deleted the Italic file, and immediately the upright file kicks in to replace it (which was happening before). Then, by accident, I did an undo on the action, which brought the italic file back in, and sure enough, the Font sub menu looked like this: 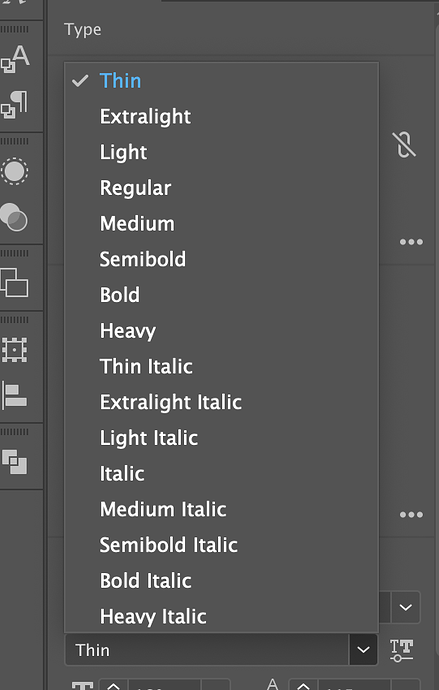 Getting closer! However, as soon as I close the application, it returns to the way it was, only showing the Italics (or Uprights). 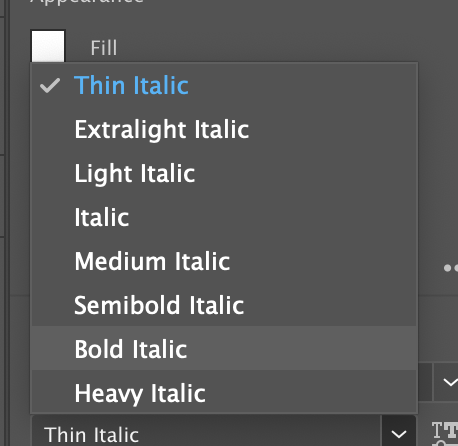