Font does not display unicode

After finding several Chinese fonts into Glyphs, the unicode of the B-G area of CJK does not display.
( KaiXinSongB.ttf )

Sign in to iCloud to access your photos, videos, documents, notes, contacts, and more. Use your Apple ID or create a new account to start using Apple services. 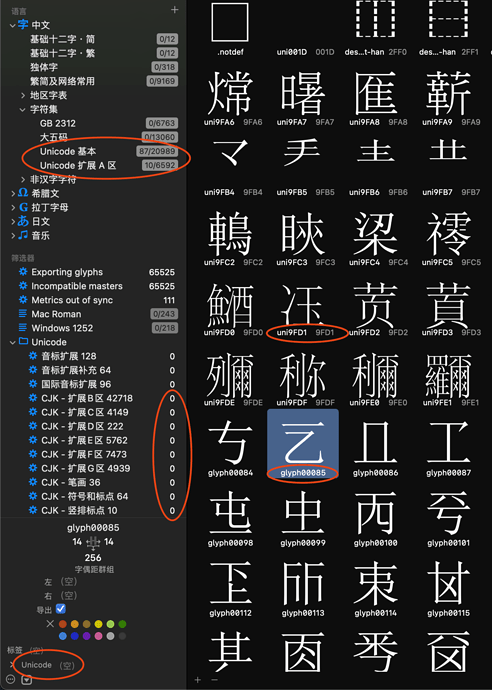 The counters are currently not reliable.

It is recommended to have built -in unicode.In this regard, FontCreator does well.The built -in Unicode of FONT editing software should be obligations?

Can you send me the file that I can check what is going on?

They can be displayed and used normally on windows, but not on macOS.

Can you send me the original font file? I’ll like to have a look at it.

I found the problem. On import, Glyphs was picking the wrong cmap subtable. I fixed it.

Very good, thanks. I originally thought it was because MacOS didn’t have enough support for Chinese.

There is also a very strange question. After I installed those three fonts, the characters that were not displayed in unicode CJK extension B,C,D,E,F,G can be displayed on the web page. (Unicode漢字符顯示檢測) This website is specially for testing this function. However, the unicode CJK extension B,C,D,E,F,G characters are still not displayed in the text editing software on MACOS.
So, is it still a MacOS problem?
Or, in the new version of Glyphs, doing one import and export of the font files will solve this problem? 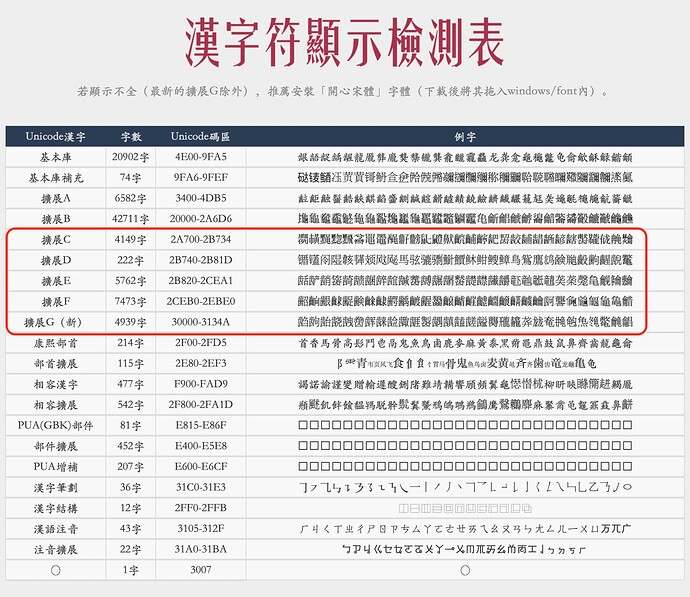 Did you install the original fonts or ones that where exported from Glyphs?

I installed the original fonts.

Maybe MacOS has the same problem as Glyphs and ignores this cmap type? I’ll experiment a bit.

It’s strange to find a font without this problem. hanaMinB.ttf
You can find this font in the shared folder.

Sign in to iCloud to access your photos, videos, documents, notes, contacts, and more. Use your Apple ID or create a new account to start using Apple services.

Just copying will not work. The problem is just the format of the cmap subtable. You might be able to open the font with ttx and adjust it.

It’s too hard, tens of thousands of characters. Is there an efficient way to do this?

You don’t need to change the actual code mappings. Just the encodingID of the subtable. I’ll have a look later today to give you a more details.