I have a font that I was working on that had a ton of alternative glyphs, I spend some time naming the glyphs etc then saved it.

It now won’t open but does give me the error no semicolon at the end of the string at line 32175.

I’m not quite sure what has gone wrong

Can you open your .glyphs file in a code editor like VS Code and scroll down to that line? Try adding a semicolon on the end of that line of code. If there is one, or that doesn’t do anything, then there might be problems with the surrounding lines of code (maybe a missing bracket or comma).

Post the text that is around that line.
What version of Glyphs do you use? 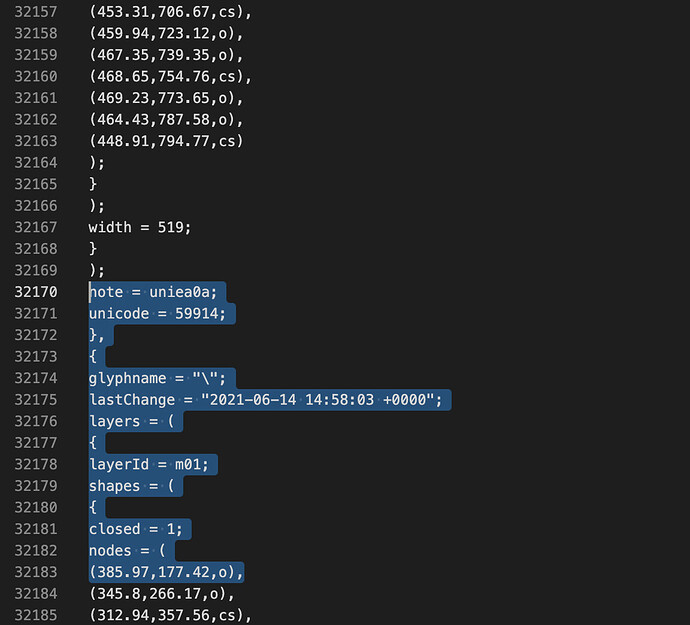 Here is a screenshot of the code

I’ve just stumbled across a Glyphs syntax highlighter, you can install it within VSCode to help highlight the code structure better. That might make it easier to see any missing characters:

This one is also handy to highlight bracket pairs, to see if a bracket has closed early or not at all:
https://marketplace.visualstudio.com/items?itemName=CoenraadS.bracket-pair-colorizer

Oh, and be sure to make a copy of your file before you make any edits to it, just in case you need to restore anything.

I have a hunch that the slash character is the issue: 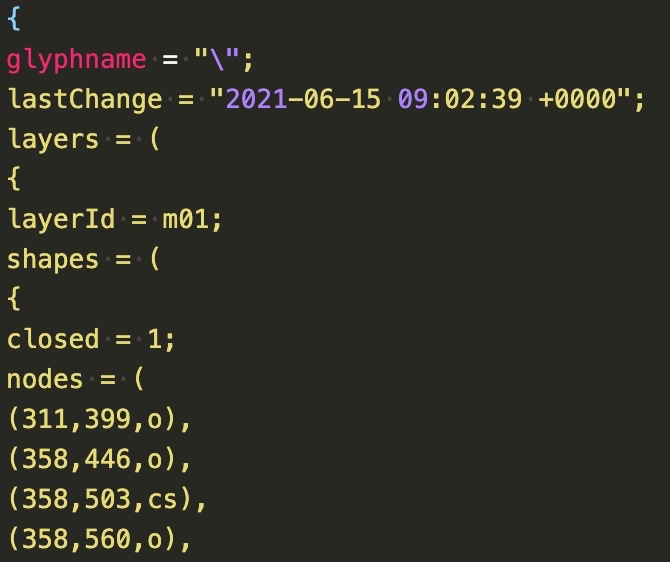 try removing it and writing slash instead: 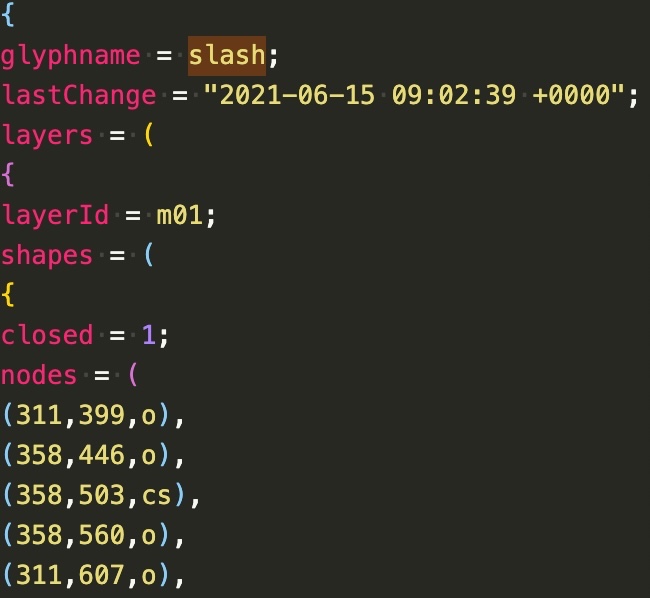 I just did a little experiment on a test file and was able to replicate & fix the problem. I think you may have renamed slash as \ and that caused the issue.

The name in this case should be backslash.

@drawcard That did seem to fix it, that’s just saved me about 1 hr, thank you so much

I think the problem was that I imported all my glyphs from Fontself via Illustrator, and I never gave any of the glyphs names, as I thought I’d just name them in Glyphs app.

in most places you should be able to just type the character in the name field. There where a few places where that would not work. Try the latest cutting edge version to see if you can sneak in a € or \.