Hi, I am working in 1.glyphs, and have imported another Glyphs file 2.glyphs by using “Import Font” parameter.

When I click the name of acutecomb component in a glyph of 1.glyphs, the “acutecomb.ss01” won’t shown in the list. 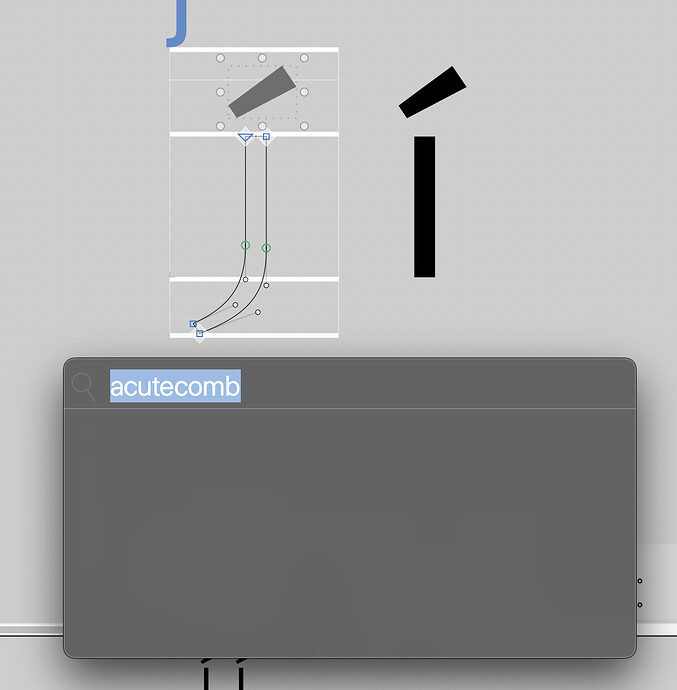 However, again in the file 1.glyphs, when I do the same thing but in a glyph from 2.glyphs, for example, the “iacute”, “acutecomb.ss01” appears. 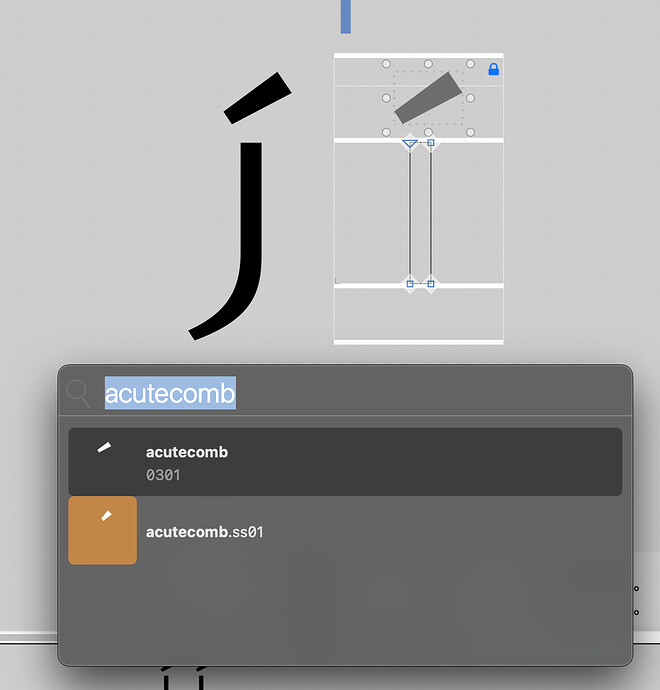 Is there a way to show all related glyphs from an imported Glyphs file in this case?

Thanks for the report. I fixed it.

Thanks a lot, Georg! Will it come in the next update?

I have updated to 3144, but haven’t found any changes.

Is it this one?