Using the Python API, GSLayer.decomposeComponents decomposes components on a given layer. In Glyphs 2 this would happen recursively, such that no component is on the layer after the operation. In Glyphs 3 the operation is shallow. 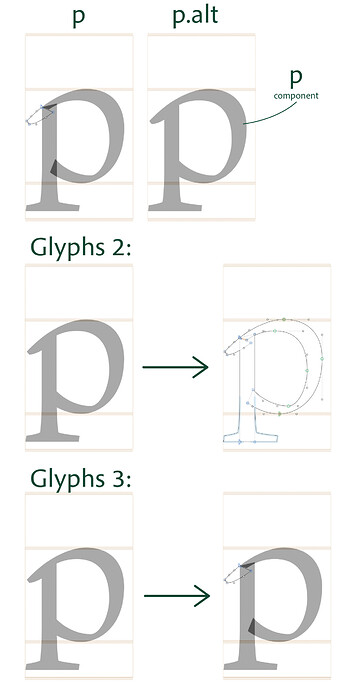 I can simulate the old behavior with

Is this a bug and the old behavior will be restored in a future version or is this change intentional?

I tend to think it was not intentional. Thank you for reporting.

Already tested and, yes, it work flawlessly. Thank you!