I’ve been working on a Gurmukhi script typeface and have run into another tricky issue. There is a character that has two diacritic marks that are running into each other. However, in most Gurmukhi fonts, this is not an issue.

Top: how it should look
Bottom: how it looks in my typeface 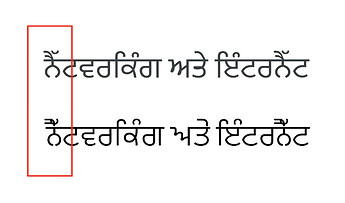 The issue is the “na” character with both a dulavan and an addak. This combination is used in worked like “internet”. The addak appears to be smaller than the usual combining diacritic.

I’ve tried copying and pasting the complete character and making it a new glyph. This works, and I can manually adjust the diacritics to look nice. However, this combined character doesn’t have a Unicode number and won’t activate in apps like Illustrator.

Any help would be most welcome. Thank you!

Can you send me the .glyphs file and the string you are testing?

A first step would be to add another “top” anchor to the aiMatra. 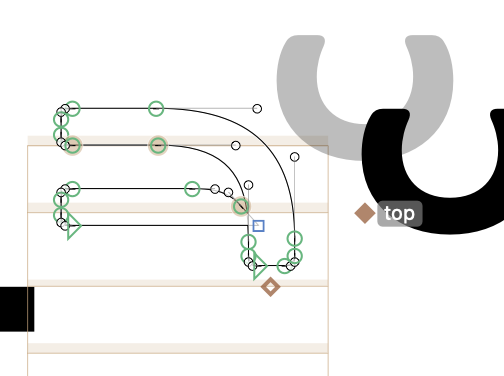 But that might not work well with other combinations? Are there other marks that can be on the aiMatra? (we should add those to the GlyphData to get a preview (I added the addak, that makes the gray shape show up).

Thank you Georg. Your solution works great. I haven’t come across any other combinations, but I’ll look into it.

Here is another combination that is using the same miniature addak:

Here it is next to the usual full-size addak:

I haven’t seen anything in Unicode about a smaller addak. Only some Gurmukhi fonts seem to support this. Arial Unicode doesn’t seem to have the smaller addak: 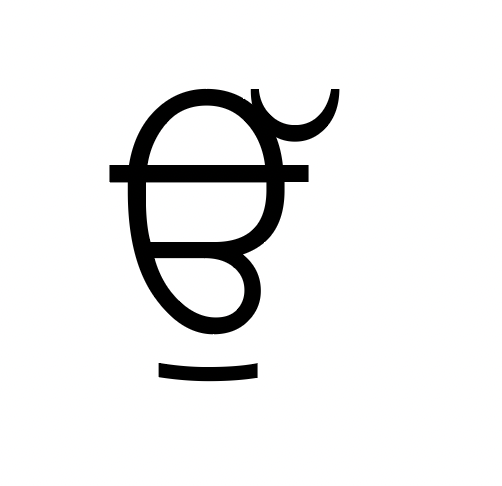 Those small marks are mostly contextual, to better fit in certain combinations and situations. some will show support and others will not. But a good font will support and facilitate such context.

Thank you for the info @akufadhl.

I’ve run into another issue. When testing the font in Word (Windows 10/11), characters and diacritic marks appear out of order when copying and pasting Gurmukhi/Punjabi text. It looks OK when set in the built-in Windows font (top row), but when I change it to my own font, everything looks wrong (bottom row): 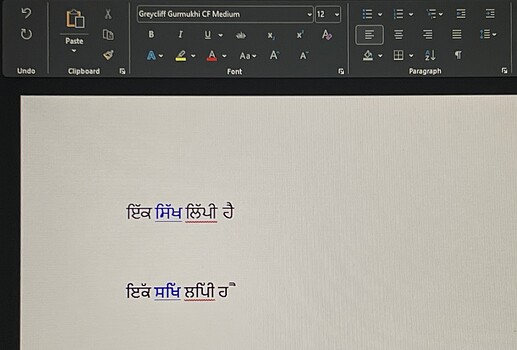 I’m not sure if the problem is something in my font, like a setting in Glyphs I’ve missed, or an issue with Windows. I’ve made sure to install and enable Gurmukhi/Punjabi language packs in both the OS itself and Office, but it doesn’t make a difference. I’ve highlighted the text and told Office that the text should be treated as Punjabi, but it doesn’t change anything. The same issue is apparent in Affinity Designer.

Note that the font works as intended on macOS, as far as my testing has shown: