I can't add Case Sensitive forms in Features (on Glyps 3)

I’ve been adding Case Sensitive forms in features on Glyphs 2, and it worked just fine.
on Glyphs 3 I am unable to do add the feature, it shows up on search but when I press it nothing happens, I’ve tested and other features are adding but not the “case-case sensitive forms”

Can somebody please help me out on this one! thanks! 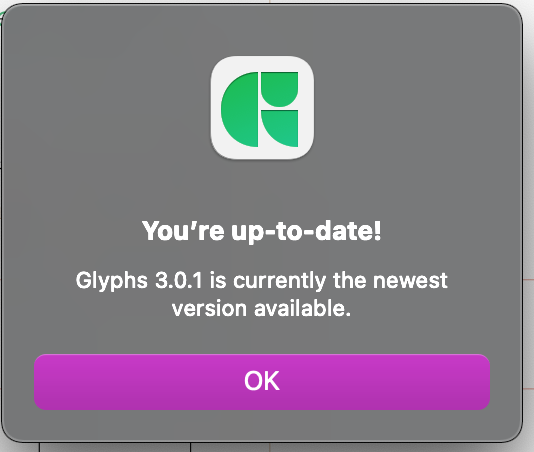 3.0.1 is the latest stable release of Glyphs. 3.0.2 is currently a “cutting edge” version, which may not be as stable as 3.0.1, but it already includes the latest fixes.

You can wait for 3.0.2 to be released as a stable release, which may happen anytime between now and in a few weeks, depends on what the Glyphs developers are currently working on.

Go to the “Features” tab in your font’s info window and add the ‘kern’ feature. Once added, select it in the sidebar, press Return ↵, rename it to ‘case’ and press Return ↵ again to confirm. Glyphs may show an error dialog, but you can ignore that. Now you can edit your ‘case’ feature code, no cutting edge version needed.