When I either lauch Glyphs from the finder or from the pop-up pallette, it always shows an old version number. Once it is launched, the correct version number shows up. 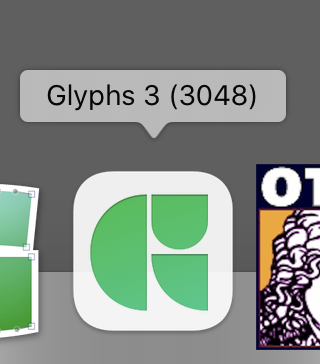 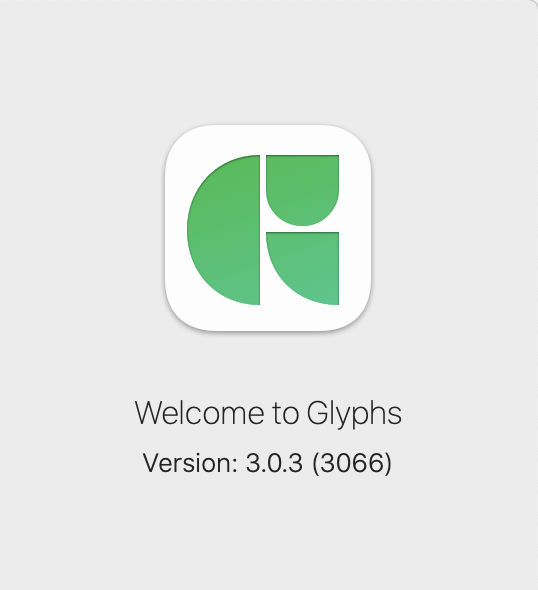 The build number should only appear on the Dock label if you have multiple versions of Glyphs 3 installed. Check your Applications directory and make sure only one Glyphs 3 is installed.

Possible that this is the file name of the application. Cmd-click the dock icon, and you will be taken to the location of the app in the Finder. Two things to verify:

I did a search of my drive and found the following: 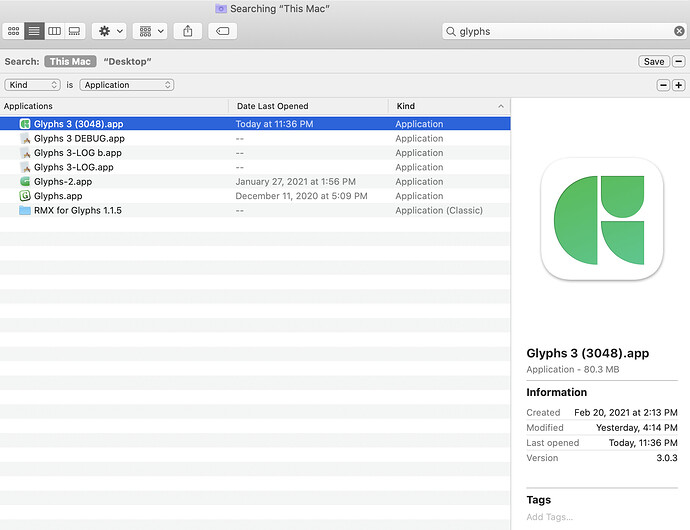 You were correct! How does that happen?

The updated adds the version number before it moves the app into the trash. Maybe you recovered that version?

It is possible that during the beta period, there were so many revisions that I recovered one when trying to get back to working.