In FL, when I select any anchor points, I get useful info/measurements

Does glyphs support this? 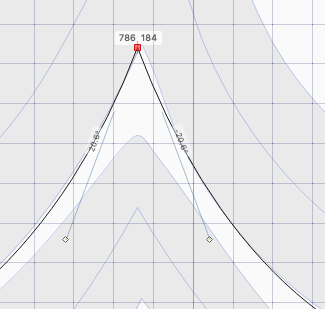 There are plugins that add that. There are a large number of free plugins for Glyphs (and there are some inexpensive paid ones) that greatly enhance your productivity.

Which is the free ones, please

Assuming you are using the full version, open Window > Plugin Manager. Scroll through them and read the descriptions. Install the ones that you think may be most helpful to you.

Who is the support people here?
Are users throwing just irresponsible comments?

I am either asking a question or suggesting what is expected from user perspective.

Why are you being so rude?

By clicking a node, FL shows the measurements of anchor which is very useful.

Plugins in software is great

But app developers needs to understand, plugins needs to be maintained by 3rd party which usually doesn’t happen

It’s like apps on iOS/Android. There are zillion only few hundred of them are useful and well maintained.

Who is the support people here?
Are users throwing just irresponsible comments?

What is wrong with you? Why do you call the people who provide help here to you “irresponsible”?

By clicking a node, FL shows the measurements of anchor which is very useful.

That’s exactly what I helped you with. If you would have read my previous answer instead of complaining and ignoring, you would have found out that it’s possible in several (mentioned) ways. Out of the box.

Why are you being so rude?

Who is rude? I actually find your behaviour pretty impolite, no one is or was attacking you, but you attack the people who help you here.

That might me true for some cases, but as one of the developers for GlyphsApp 3rd party tools, I find this also pretty offensive of you to state that without apparently knowing if that’s true or not in this particular case. The Glyphs developers as well as me are actually very open for feedback of the users and react fairly fast with implementing.
Having said that, I advise you to read the suggested answers, because they are already telling you how to get your node measurements.

Thanks for the lengthy answer.

Please tell me where exactly they have mentioned, which plugin to use to get the measurements.

Is it only me who thinks softwares needs have basic functionality built in.

Mark gave two other suggestions, either press ctrl + opt + cmd to show coordinates, or click a node and look at the grey info box.

That’s not true!
I told you 2.5 ways right there. And only the last out of 4 points is offering to get the free plugins from the Plugin Manager, only if the built-in ways are not enough:

Is it only me who thinks softwares needs have basic functionality built in.

No. This basic functionality is built in.

Is there anybody from the support, who are willing to LISTEN?

I am spending so much to just get basic functionality. 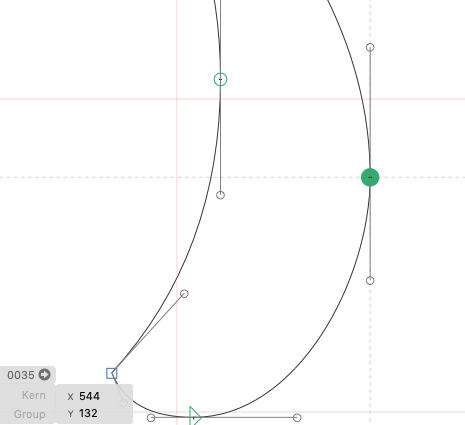 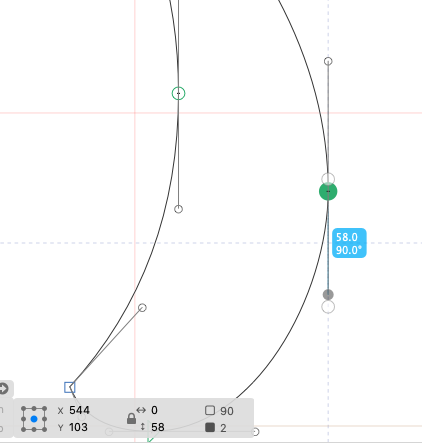 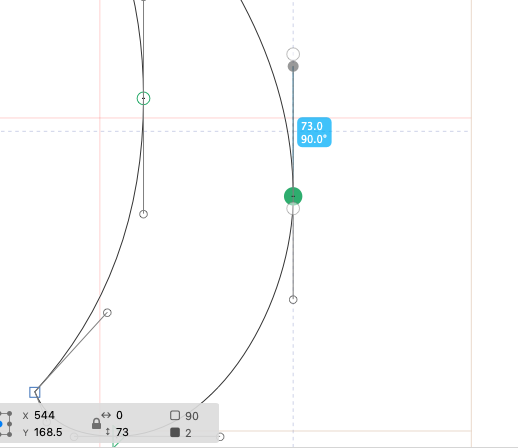 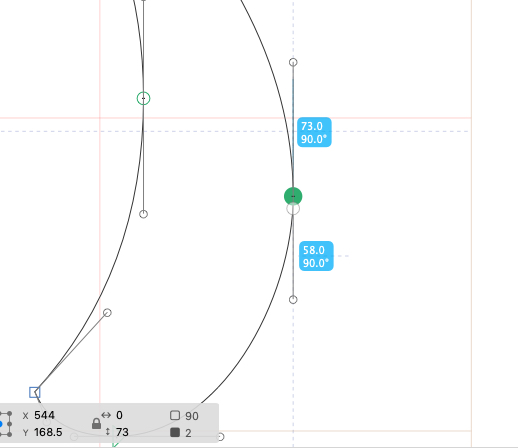 Please don’t respond if are not the developer of the app, it’s annoying to see every TOM, DICK n HARRY throwing their hat in the ring.

PS: I had uploaded relevant pictures. Forum doesn’t let me upload more than one, since I am a new user!

But isn’t it new user who will have the most questions?

I removed all the pictures to complete the reply, if developers wants them, change the privilege to my account.

Suggestion to the Developer:

If he/she cares to listen. It’s natural for users to see the numbers on the screen next to the object being worked on. “so called GREY BOX: INFO BOX is 10th century. “

To all the average users who are jumping up/down with suggestions to STARE at INFO BOX: KINDLY UNDERSTAND NOT EVERYONE WORKS ON A TINY 11 inch MacBook AIR, there could be users who use 34inch monitor with iMac. GREY BOX is out of SIGHT.

It’s not a FUN EXPERIENCE to find the info box, while you are working on a node at the middle of the screen.

If the developer thinks this is too much of change in GUI, my suggestion is to REMOVE the “Show Distance/Angle” option under view menu. Since almost all users (I am taking a WILD GUESS) knows to count the grids between nodes to measure the distance and calculate angles using trigonometric functions sin(), cos(), tan().

This will keep the APP nice and tidy (in 1st century).

If he/she cares to listen.

I do care very much. You can have a look at the changelog: https://updates.glyphsapp.com/changelog_2.php A lot of those changes where suggestions from users.

It’s natural for users to see the numbers on the screen next to the object being worked on. “so called GREY BOX: INFO BOX is 10th century. “

One user will fined it essential, the next one will find it annoying. Everyone will consider different thinks essential. So we added the plugin infrastructure that it is easy add features yourself (either by making a plugin or by installing it).

Also, we do not add features for the feature’s sake. If we had done that, the UI would be cluttered and unusable for most users. What are you trying to achieve, that is the interesting question. And perhaps the problem you are trying to solve with the feature you are requesting can already be solved differently.

Equidistant handles around a curve point? drag one handle with Ctrl and Opt keys held down.

Show Distance and Angle is a third-party plug-in. You can uninstall it through Window > Plugin Manager.

In which manual did you find it?

You want the lengths and angles of the BCPs before and after an on-curve point, when only the on-curve point in the middle is selected? Have you tried the plug-in Show Coordinates of Selected Nodes? It does exactly that.