I am trying to use a script mekkablue>Insert weight instances. When i click the Insert button nothing happens. There is a message in Macro panel:

I don’t understand at all what it means. It looks like the other plugins are working fine. And I have 3.9.1 (Glyphs) Python version and Vanilla installed. Can someone tell me why it doesn’t work and what I cat to do with it?

It looks like it was too early to write this post. I just found the problem. Previously I had a value of 1000 in the through field. When I corrected it to 200 (also in the Bold master setting), the problem was solved. Now everything is working great. Maybe this will help someone else.

Georg, thanks for the help anyway. 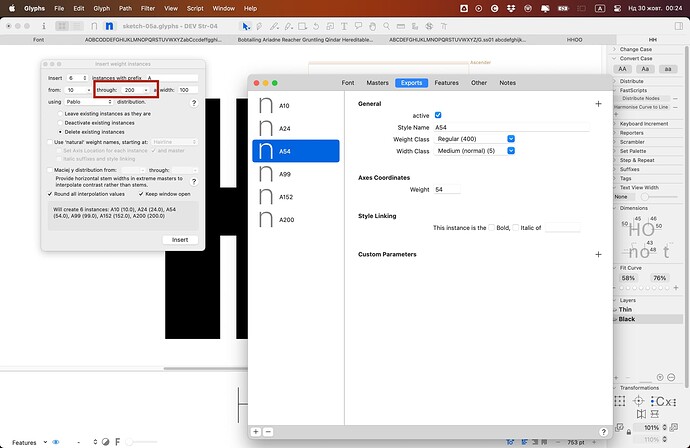 The error is with a wrong character in one of the text fields. But it looks fine in the screenshot.