I’ve been having issues with my variable font exports. They change the glyph sizes and width and swap masters. Is this a known issue? HELP! 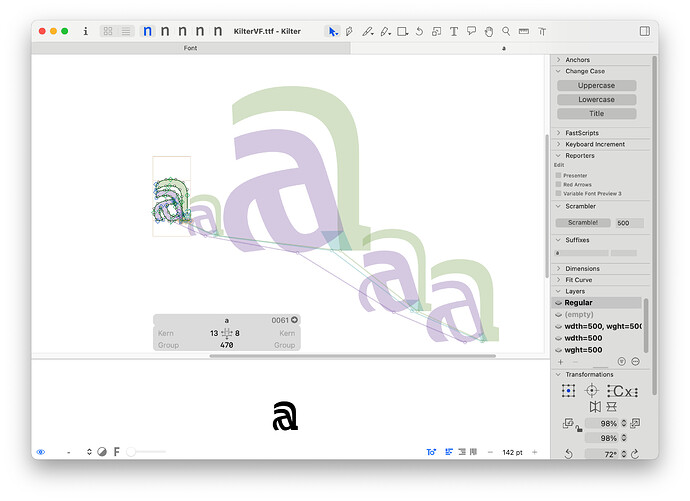 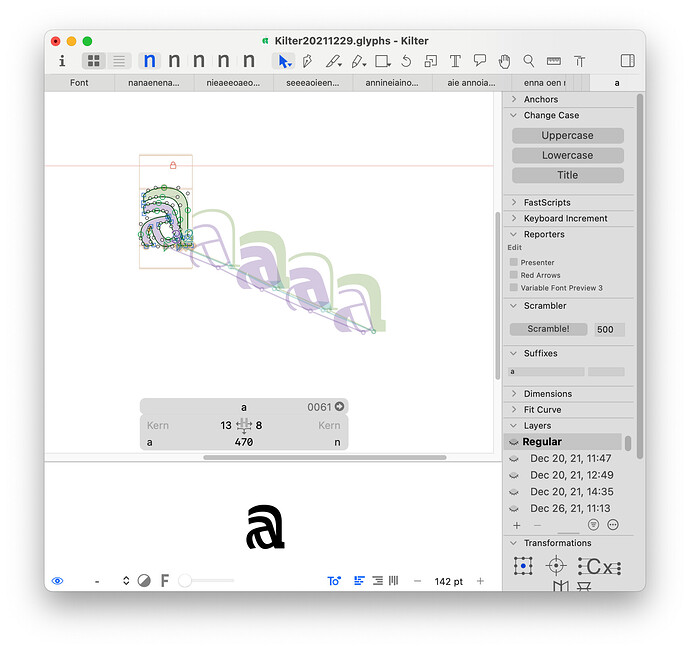 Can you show your master setup? The coordinates of each master? 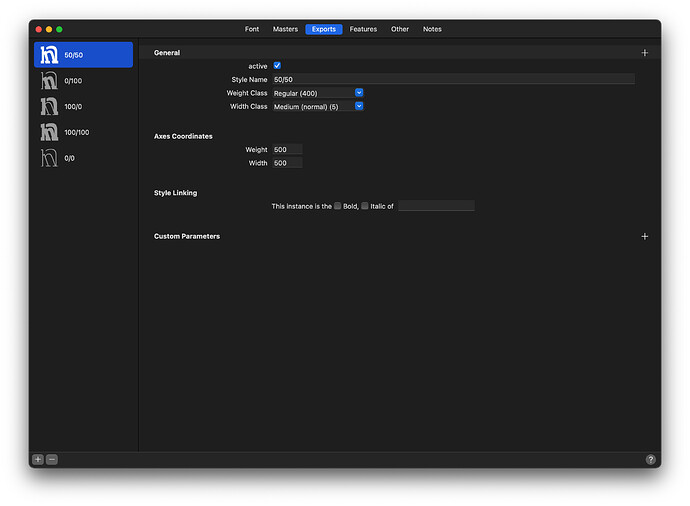 The original file needs a Variable Font Origin parameter in Font Info > Font. The first master in your file is a “intermediate” master that can’t be the origin. So you need to define any of the others as origin.

Or reorder them in the master list that the 50/50 master is not the first.

I see, thank you for your assistance Georg!

But when I export it with 1:700 for some reason it makes the font do some reverse contrast thing in the 400:700 range. The masters are still normal but the interpolations and instances get thrown off. I have it set for 2:700 at the moment which seems to fix the issue except for the small skip at the beginning. I also use Variable Font Preview 3 by Mark, which interpolates the paths normally in the app.

I also have the Variable Font Origin parameter set now at 1:1.

Would I need to have a sixth master to fix the issue or is it something else I am not aware of?

I’ve tried six masters. The sixth being 1000:850 (thats the stable version I have). And that has also not worked.

Thank you for your time!