G3 [3071] Plugins in Reporter become deactivated when in character edit window and I press space bar to preview a glyph.
Going back to [3070] until next update which fixes this.

Is there anything in the macro panel? I added some missing API and that might trigger an exception that in turn disables the reporter (to avoid the exception from happening again).

3.0.3 (3071) Something similar happening to me. I have Show Stem Thickness and Speed Punk installed and both become deactivated after typing a new glyph and clicking into it’s edit view.

I get the same thing in 3071 on Big Sur, pressing space deactivates Show Stem Thickness and Speed Punk.

The macro panel is empty, but the Console is showing this message:

That is what they are supposed to do when you hold down the space bar, at least in the case of those two.

But they should be activated again once I release the Space key. This does not happen.

Then I re-download the current version on the website : Glyphs 3.0.2 (3058) and things went back to normal.

same here. neither of “show…” plugins work in 3071. Including /but not limited to 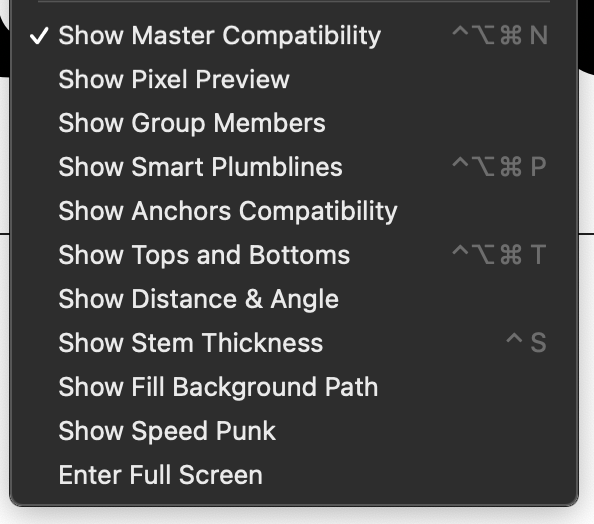