After my update to Glyphs 2.1.1 I have an issue with my interpolation setup. It worked in the old version, but now everything is messed up.

This is what I see in Glyphs:
Jeckyll Regular master 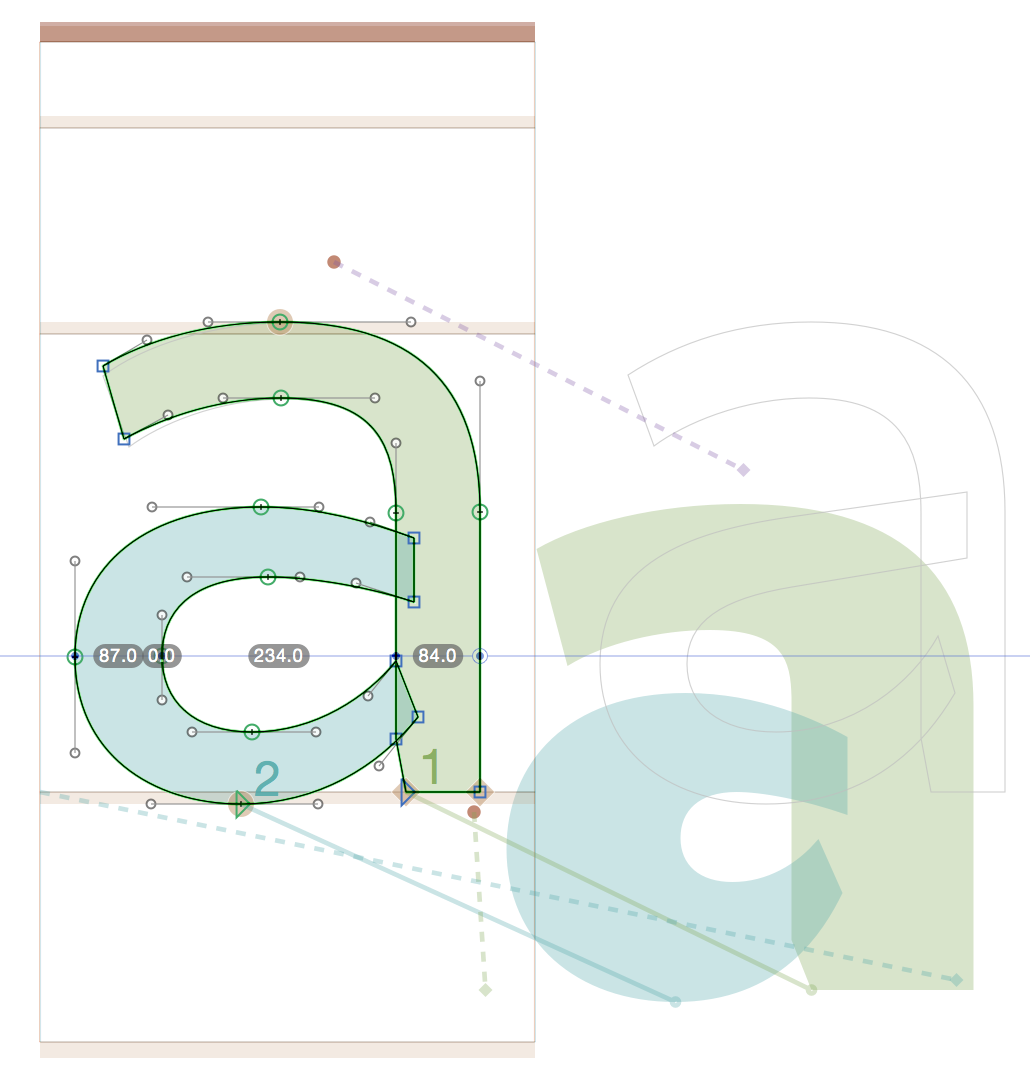 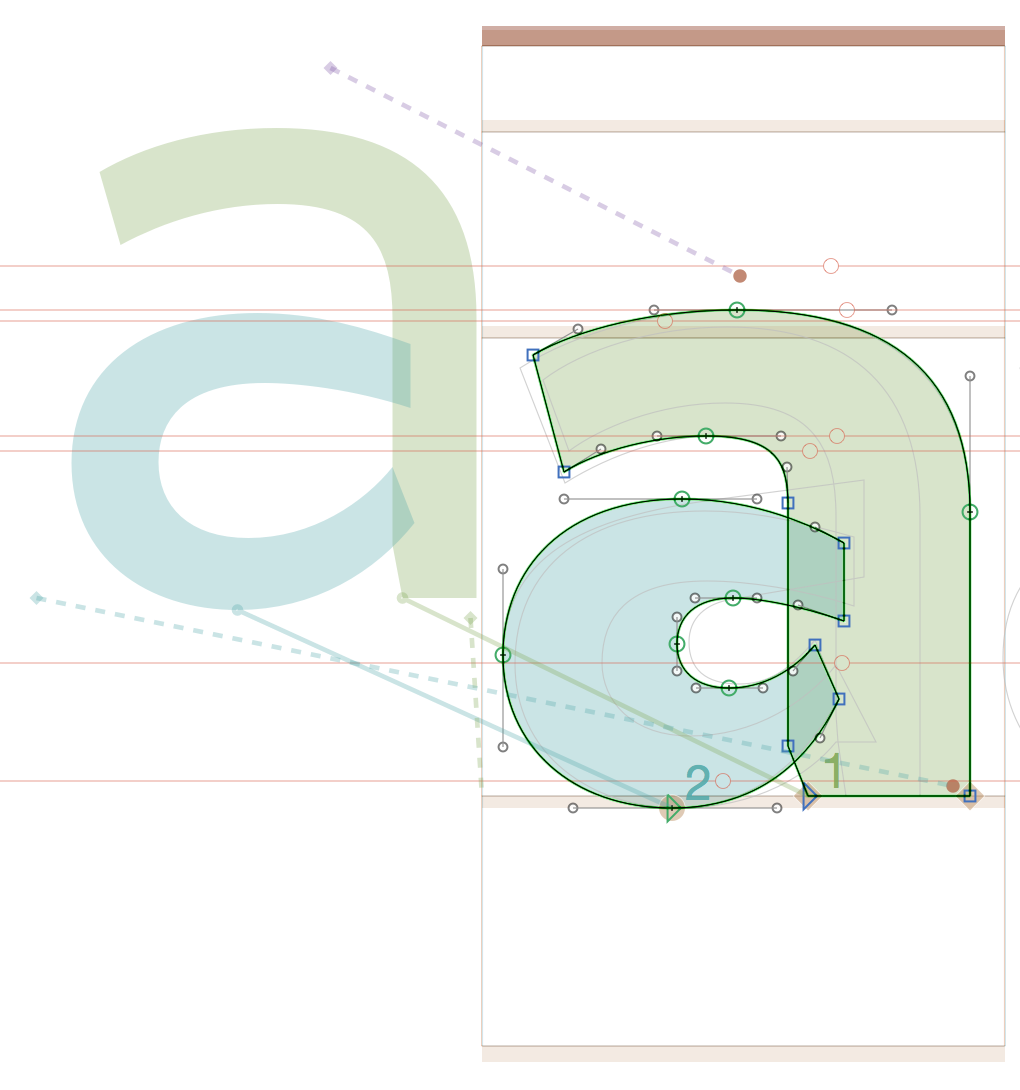 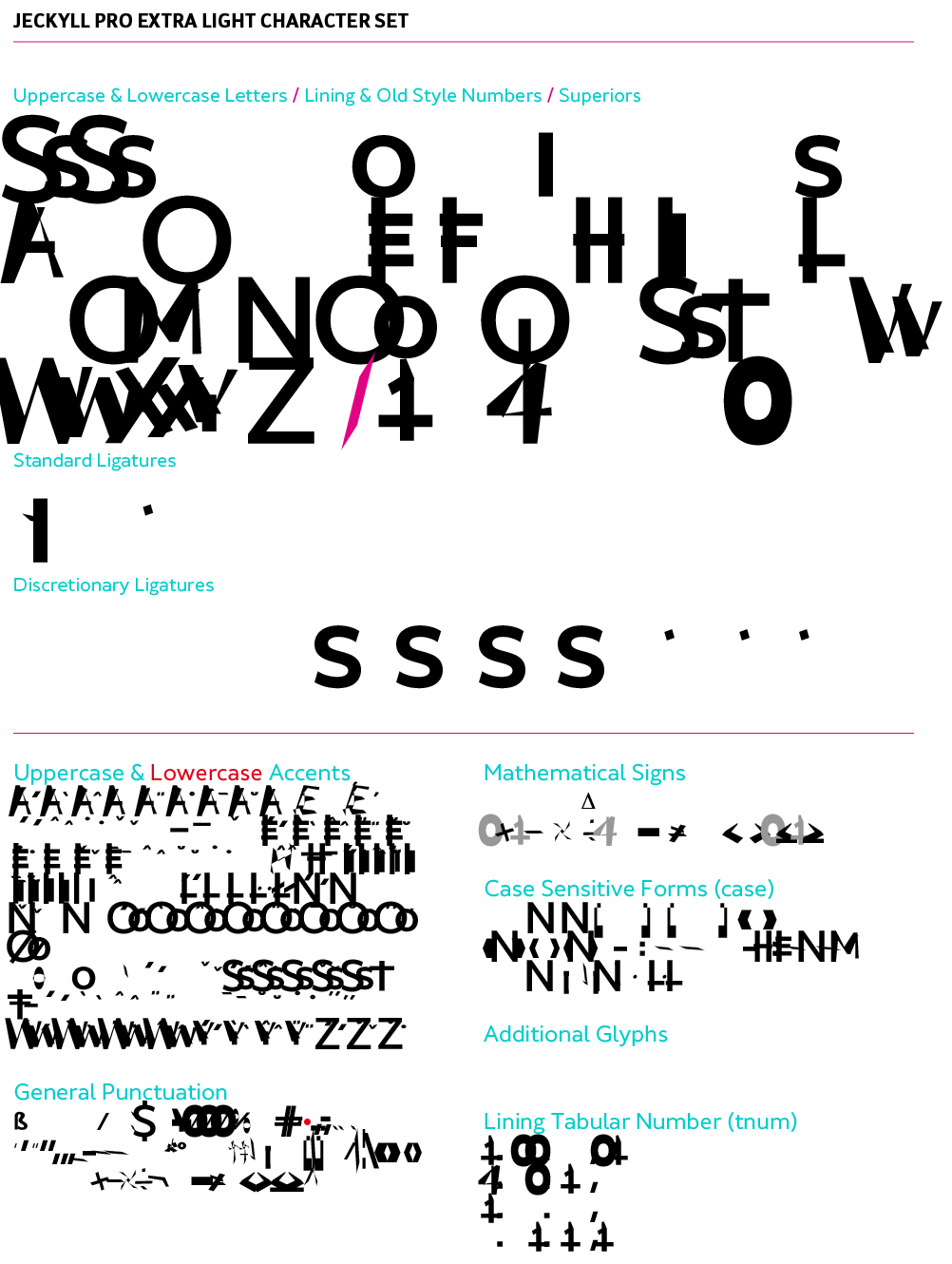 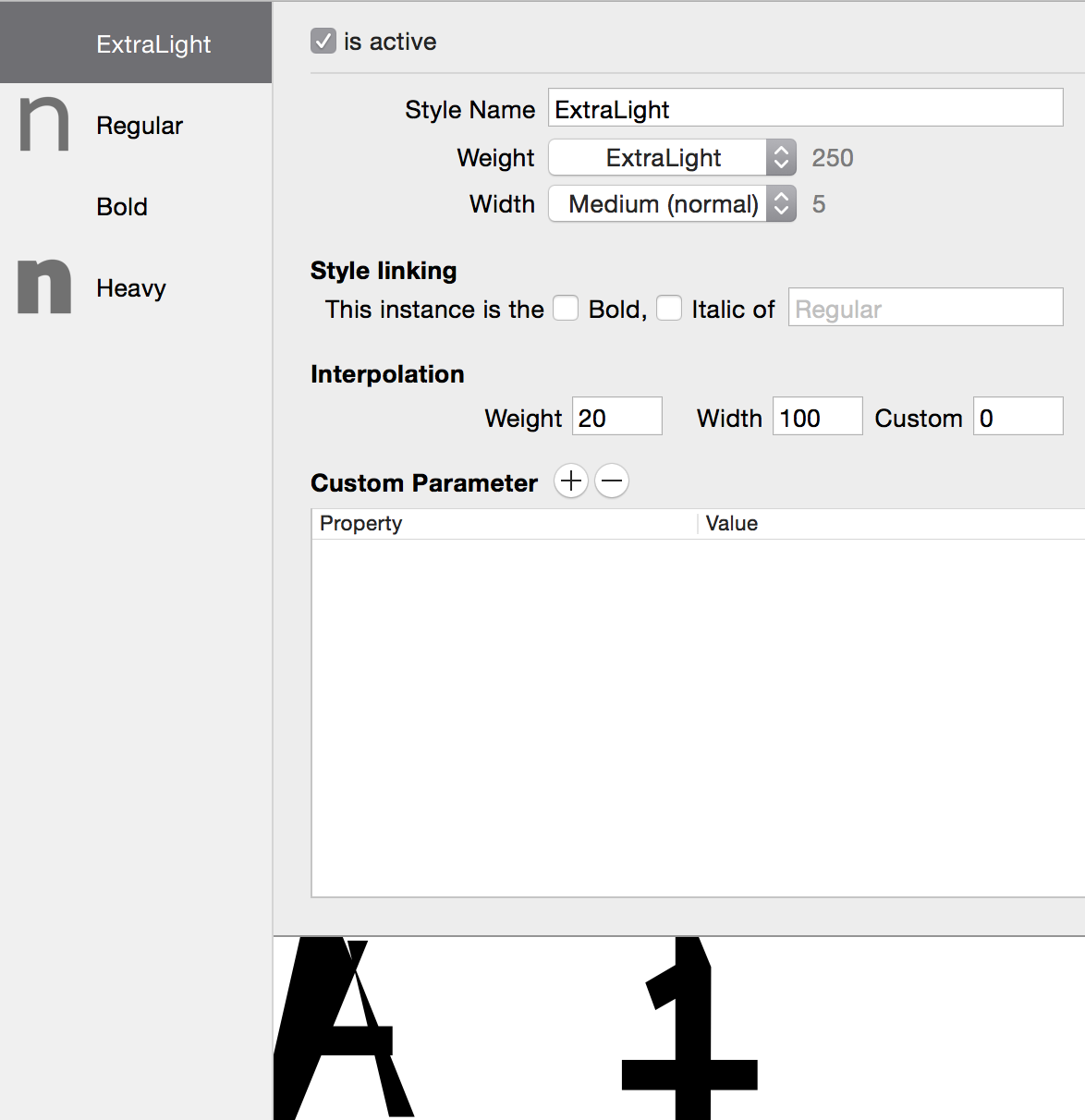 It used to look good but now only the Masters are okay and the Instances are messed up. Is this something I can change myself? Is this a known issue? Does anybody have a solution?

Check that not only your contours, but also your anchors, are compatible. (That may not solve everything, but looks like something to fix anyway)

Is there a good script available for that? I have 545 glyphs in my font.

The Anchors seem to be the problem! I corrected some in my font and these glyphs work again.

I’ve used Command+U before but it didn’t solve the issue. It looks like I have to go over them by hand, because some Anchors just need to be repositioned to make them work.

What’s with the offset in the view? Is this a feature or a bug?
It’s quit annoying to have the glyphs run over each other in the preview. The old way was much better because the glyphs were directly on top of each other and you could also compare the curvature. 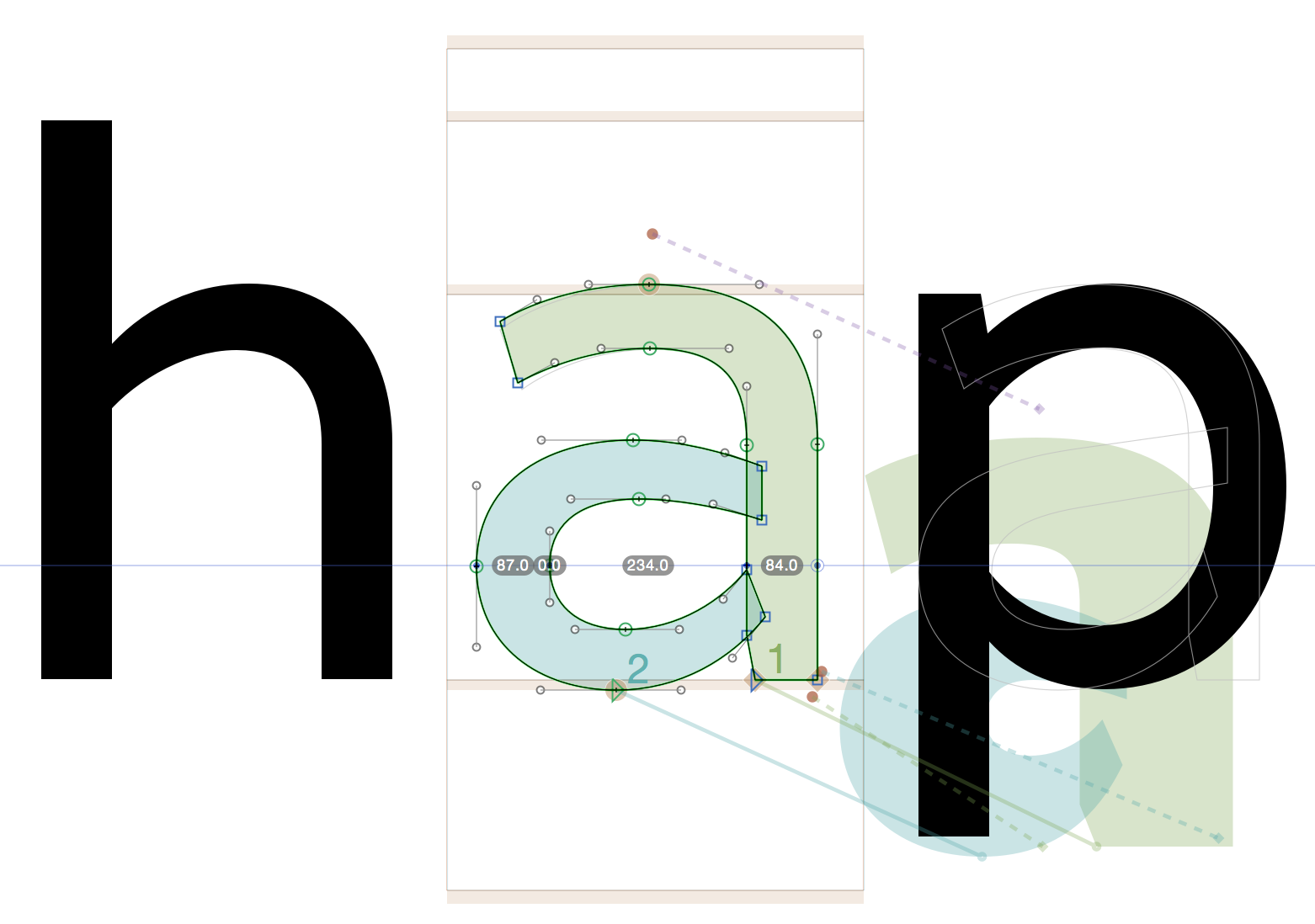 If you don’t like the offset, you can disable it in the preferences.

Is there a good script available for that?

Yes, there is one called All Anchors on All Layers in my GitHub rep.

I got and ran the script. This solved half of the problem.

The 2.0 version of Glyphs app apparently handles glyphs compatibility different, since all the glyphs in my font were incompatible. I had to correct everything by hand. I haven’t checked it yet, but I hope this is not the case with all my fonts!

There’s just one glyph that I can’t seem to get fixed. 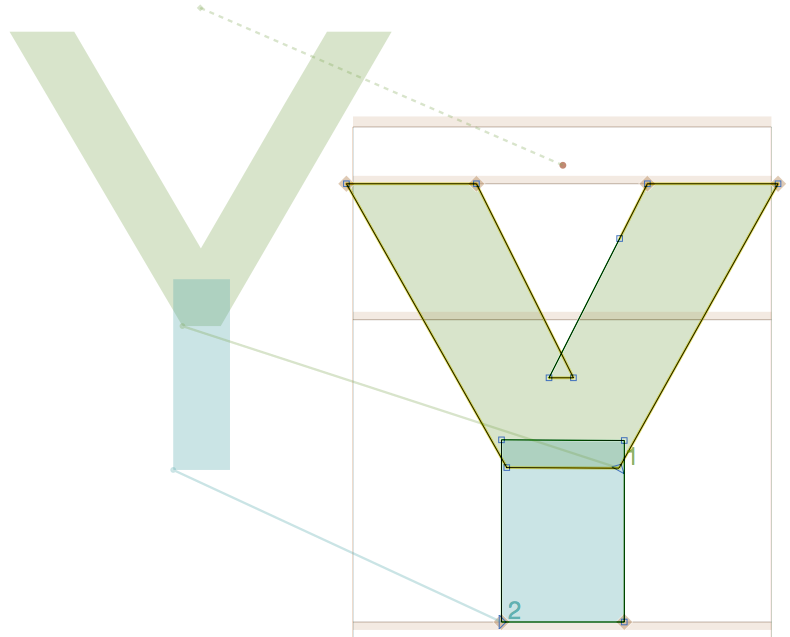 How can I reconnect the nodes correctly? I tried cutting and pasting the V-shape, reversing the contours and adding a new point (which you can see in the image), but nothing seems to work. It stays connected to the wrong node.

On the green path - first point seems to be on the bottom left instead of bottom right.

Ah yes… I could fix it by making the same nodes the first node. I could have thought of this myself.

Indeed. It was such a little thing, but sometimes those can be equally annoying.

To make the paths compatible, run “Correct Path Direction” from the Path menu. That should fix most glyphs. You need to run it for all Glyphs. The fastest is to select all in font view, run the command, switch to the other master and run the command again. Do the same for cmd+U.

I tried that first, but it didn’t help much. There are even some glyphs that keep render incompatible with the Correct Path Direction function.

But I’ve got it fixed now. Thanks.