I have created a full set of Swash caps for my font. They are named A.swsh, B.swsh etc in Gyphs. They display, in Adobe Illustrator’s glyphs panel and in photoshop’s but in photoshop they do not substitute a highlighted glyph when double clicked like they do in Illustrator. Did I set this up wrong? Also, the “Swash” Open type feature button is not clickable like the Discretionary ligatures and Contextual alternates are. 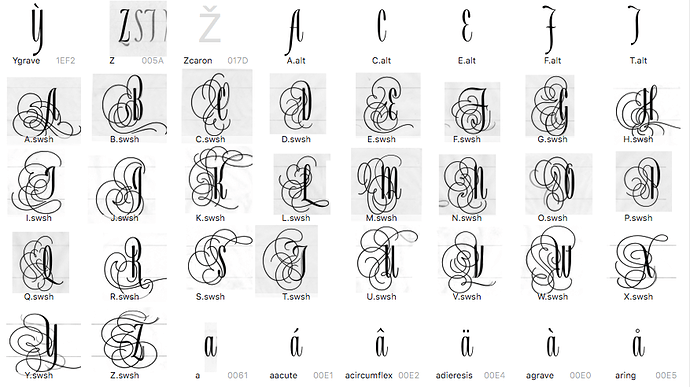 How are you testing your fonts? Are you using the Adobe fonts folder? https://glyphsapp.com/tutorials/testing-your-fonts-in-adobe-apps

Makkablue, I was not using the adobe fonts folder. Thanks for the link. I’m exporting it that way now. But am getting the same result as before in Illustrator. 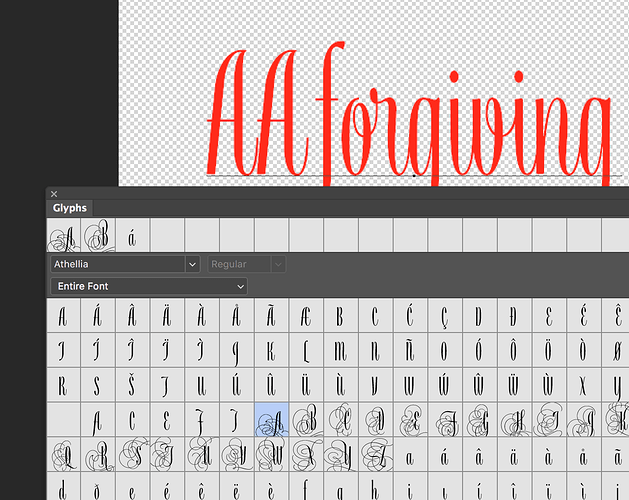 mekkablue,
I read the article on Font Cache problems but I’m not experiencing any of the problems listed:

The font menu does not show your font anymore
Glyphs do not appear at all
Changes you made in the font do not appear on the screen
Glyphs appear garbled and messed up on screen
You type one letter, but a different one appears
Paragraphs do not reflow properly
Your font does not print, or prints wrong or garbled letters

Is the unicode wrong? Should I rename the swash caps to something like A.alt01, B.alt01 ?

Have you clicked the Update button in your Features tab under Font Info? It appears to me as if you may be missing the OpenType code necessary for these features to be active and available. Swash glyphs don’t have Unicode values. 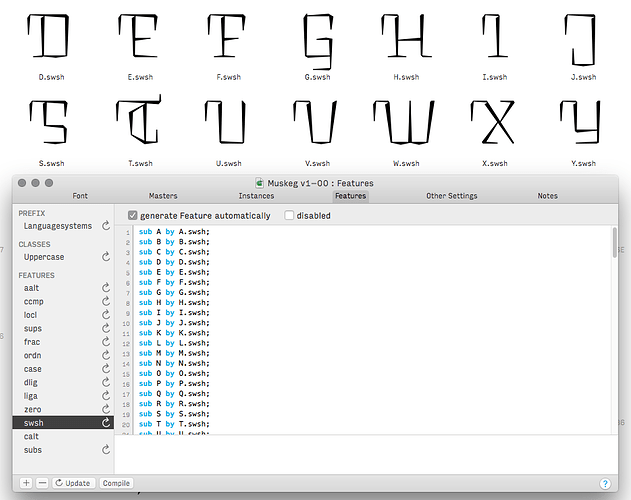 Maybe I should separate the swash caps out and generate them as their own font and name the glyphs simply A, B, C.What do you think?

Okay! you win! that worked. Now the swash feature is active in Illustrator. All I have to do is highlight the letter and click on that swash button in the open type dialogue box and it automatically swaps the glyph for the swash cap. Brilliant!