OK, seems to me we need a Variable section in the Naming Tutorial

. I’ve been gathering info on the forum on how to properly fill out the naming info for Variable Fonts so that everything fits nicely in Adobe menus, but to no success.
I have a two axis (Width, Weight) variable font set in two files, one for upright styles the other for Italics. I’ve added the Variable Font Setting in the Font Info > Exports. Here’s a screenshot for both files: 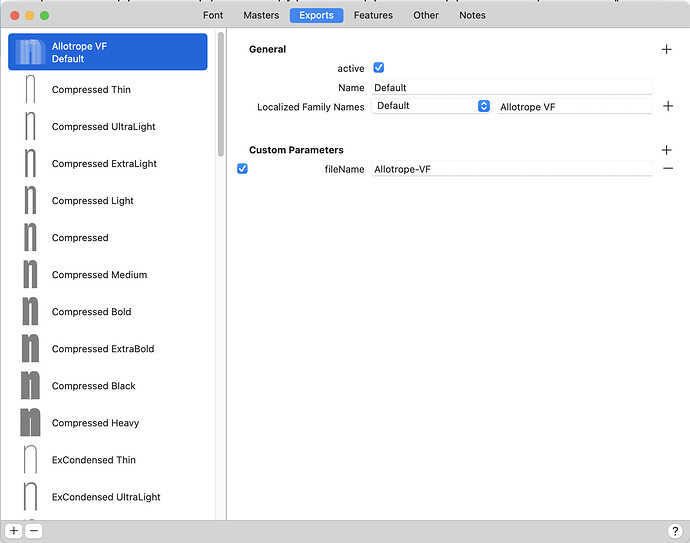 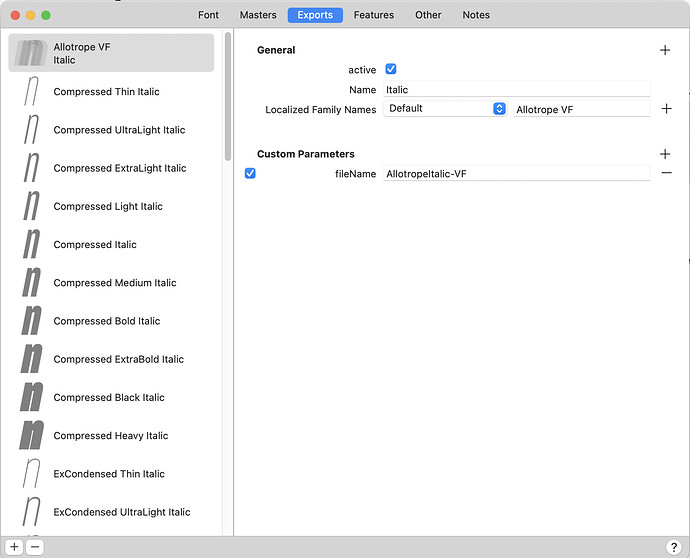 And the Font Info > Font section is identical for both files: 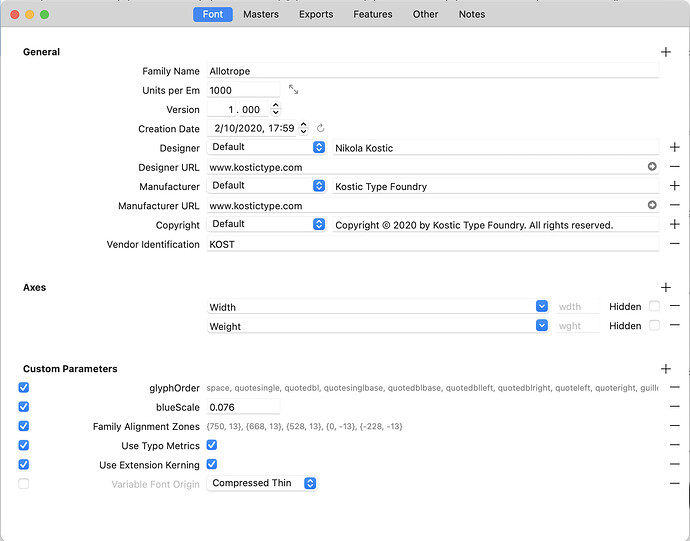 This is what I managed to get in the Adobe Illustrator font menu: 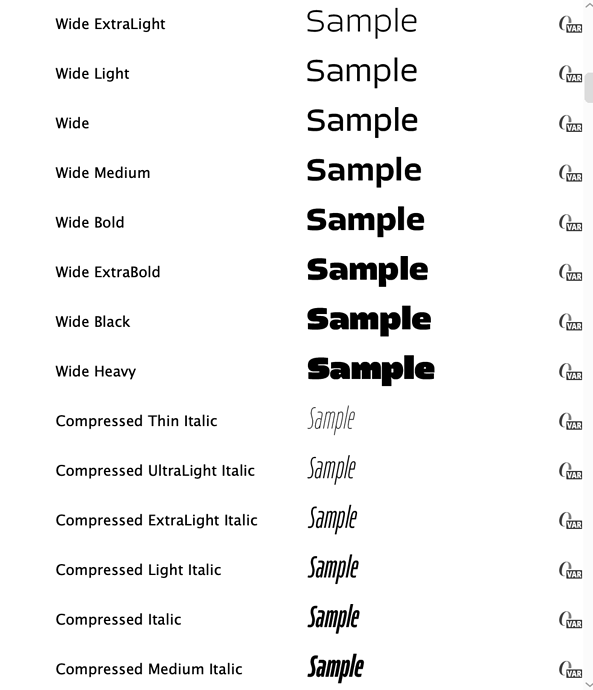 So, it lists all the uprights and then the Italics in the same menu. I would like them to go alternately as usual, Regular, Italic, Medium, Medium Italic…

Do I need to add the Ital Axis to both files in order for this to work (although the outlines between Upright and Italic are not compatible)?

The sort order in Adobe menus simply follows the order of axes, and their respective axis values. Italic is added automatically to STAT. Not sure there is much you can do about it. Do you see a variable font that sorry the way you would like it to be?

You’re right, I was looking at Acumin VC but it has na Italic Axis and everything looks neat in the menu. But when I look at Myriad VC I can see the styles are divided in the same way as mine.
I was hoping there’s a hack, to add an Ital axis just for the menu sorting, but block the sliders from the interface.

What you can look into is adding an italic axis, but that “switches” only between 0 and 1. A reasonable amount of programs/browsers recognise this and only allow jumping between these values, not sliding. It’s quite tedious to figure out properly, though, and would sprengen the Rahmen of a quick forum post.

InDesign uses the actual font file as the top level sort key, so an alternating sorting of Roman and Italic is only possible if both are contained in the same variable font file (which in most cases technically doesn’t make sense).

I was checking my Italic Variable font with the Font Table Viewer and noticed that the PostScript names for Italic instances were constructed strange, like this: AllotropeVariableItalic-Italic. Is this a bug or my settings made it that way? I’ve then added a custom parameter Variations PostScript Name Prefix and that made the expected AllotropeVariable-Italic.