"No Glyph" in Windows Character Map 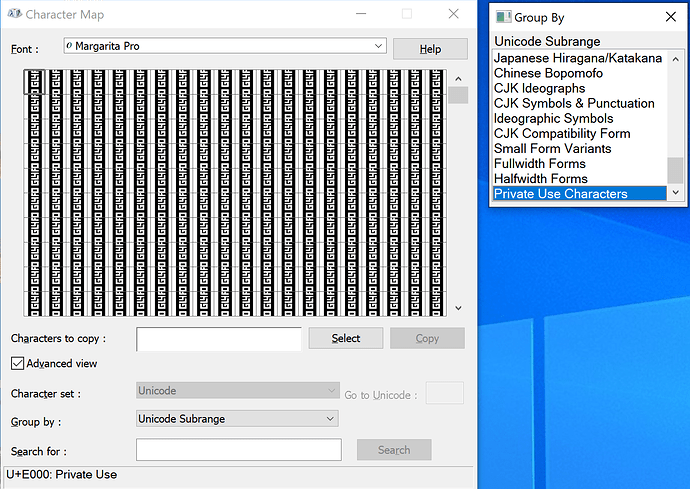 Can you confirm that the glyphs have those PUA unicodes?

Oh! No, that led me to another problem. I installed a script from Mekkablue for applying Unicode ranges to existing glyphs. But when I run the script nothing happens. I’m completely new in this and my idea is that I mark the glyphs where I want to add unicodes and run the script.

Do you see anything in the macro window?

Thank you! The script works perfectly now, i added unicodes to all glyphs but no luck with windows character map.

That can be an installation problem or font conflict. To be on the safe side, add something to the family name, like ‘beta01’ etc.

without luck, still the same.

Do you have a font that shows anything in that category. I might have a hunch but would need to a working font to confirm it.

Yes, this is what it looks like with a different font. 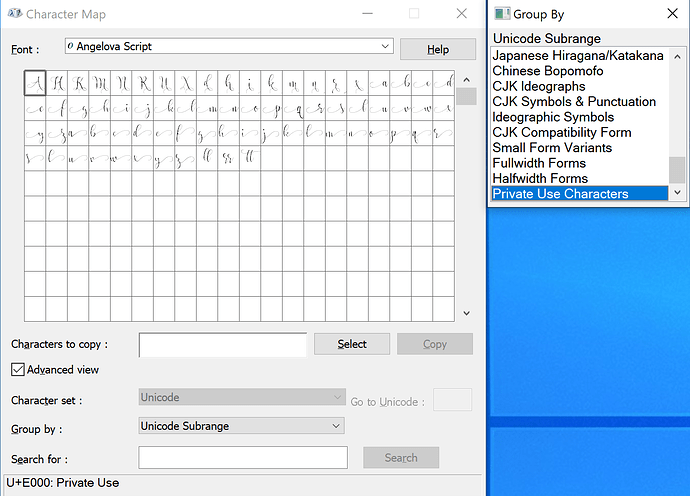