Is there any way, or a script, to keep the placeholder glyph on the selected layer?

I want to view same glyph in different layers, so if I’m working on one in Light layer, the same glyph in Bold layer can appear beside it. It should sync when I change the working glyph. Placeholder glyph almost does that, but it shows the same layer the current glyph is in.

That is an interesting idea. I’ll have a look.

There’s a script that keeps the glyph, but I believe not the placeholder: Spacing > Freeze Placeholders

Python scripts for the Glyphs font editor. Contribute to mekkablue/Glyphs-Scripts development by creating an account on GitHub.

That seems to just turn placeholders to regular glyphs? Maybe I wasn’t clear enough and the placeholder thing is irritating. Let’s say I work on the E in Bold master, E in Light beside it: 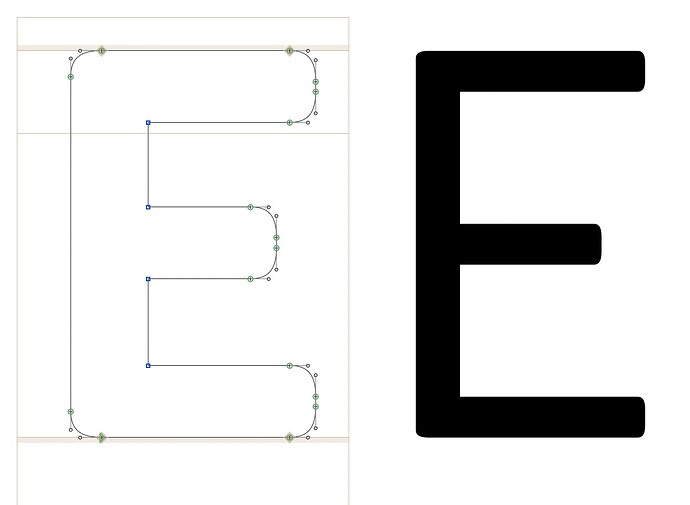 Now when I cycle to F in Bold, I would like the glyph beside to cycle as well, but stay in the Light master. I thought I would somehow achieve that with placeholders.

There has been a similar request in the past. I wrote two scripts back then: Interpolation > Other > Show All Masters of Previous/Next Glyph. The idea is that you assign keyboard shortcuts in System Preferences > Keyboard > Shortcuts.

I wanted to try it, but it gives me a syntax error