I have a problem with an arabic font : When I type in RTL mode, I don’t have the correct positional shape.

Do you know what could be the problem ? 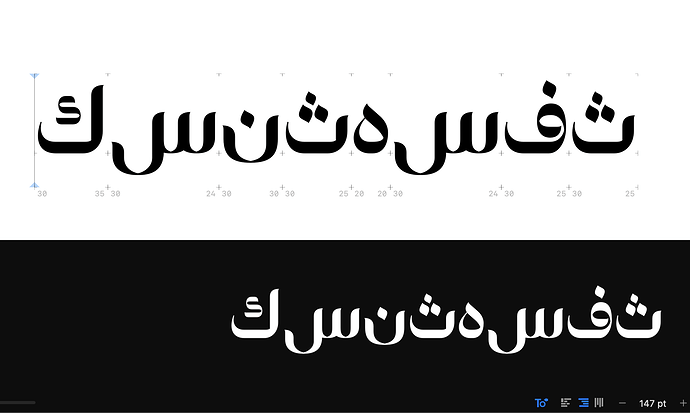 What are the names of the glyphs? 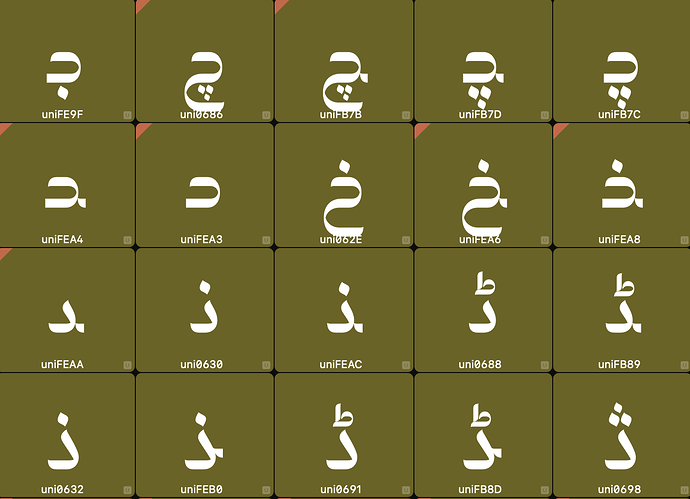 I let you watch (it’s my first arabic font)

The automatic positional forms only work in Edit View when the glyph names end in .init, .medi, or .fina (for initial, medial, and final forms, respectively).

Go to File → Font Info… → Other and uncheck Use custom naming. 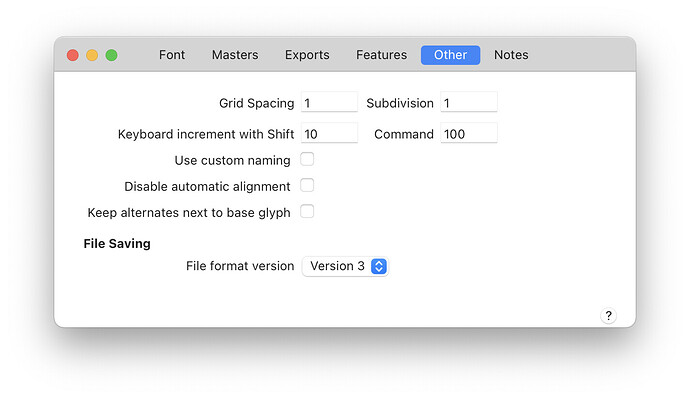 Then, select the glyphs that should be renamed and run Glyph → Update Glyph Info to rename the glyphs.

Thank you very muck ! that works !

Do I have to change the code manually now that I have changed the names of the glyphs? 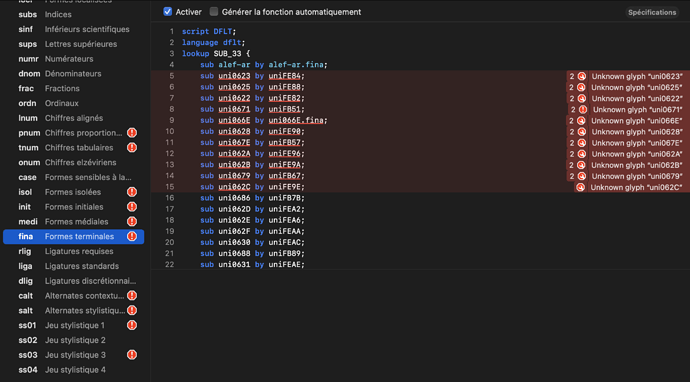 Oh I think I found it! (must check the box just above?)

Ok thank you.
Is it possible to do it with calt ? (and Prefix) ?
I started doing it manually… and it’s loooong 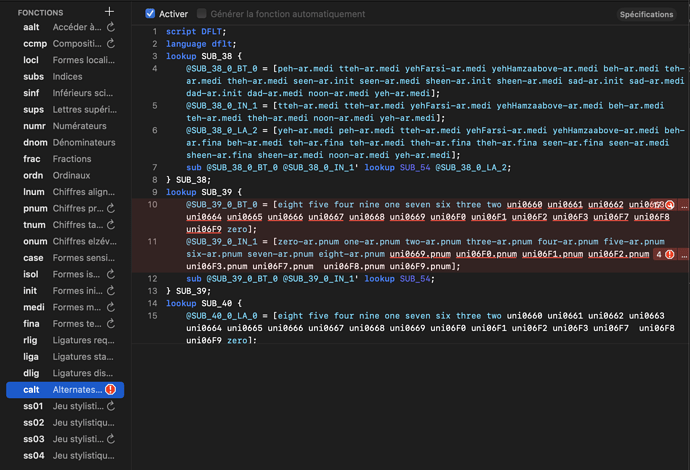 calt cannot be automated since the feature has not a single, well-defined purpose. What are you trying to do with calt?

I don’t know, I took this code from an existing font.

Usually, is it not necessary in an arabic font? I want to say : is it not an obligation?
Do you think I can delete this part without consequence?

What font are you using as a basis? Maybe there are source files for that font available instead of opening the OTF/TTF in Glyphs.

Usually, is it not necessary in an arabic font? I want to say : is it not an obligation? Glyphs offers some of the best tools for Arabic type design out there at the moment. Read on for a quick and easy introduction to Arabic in Glyphs, even if you do not read or write Arabic.

You can copy the feature code into a text editor (TextMate, Sublime, Textedit) and use the services to convert the names. System Services | Glyphs

Probably better to have a clean slate.

@mekkablue That is true for most features. But the calt might be needed.