When I toggle from white to black background in the preview area at the bottom of edit window, the background of the button bar is displayed in black, making info in menus invisible (see image). Glyphs 2.6.1 (1201). OSX 10.9.5 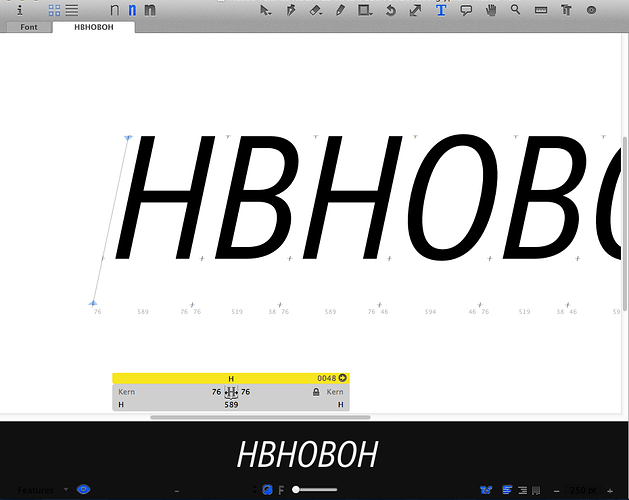 I cannot help you to solve this, but as a plugin developer for Glyphs i am curious about the reasons for you to run on such an old OS. I assume it’s because you got an older computer which doesn’t allow to upgrade? I’m interested because I see the difficulties in providing backwards compatibility as technology progresses. Please don’t see this as blaming, but just curiousness about users’ needs

I’ll have a look.

Against all the odds my iMac from 2007 is still alive and working perfectly. I have just upgraded RAM and hard disks twice and found that it is more than enough for my needs (basically vector drawing and some simple graphic design jobs). The only drawback is that I cannot update to a newer operating system. That is why I am forced to keep 10.9.5, something that has not been such a big problem so far.
Some concerns about sustainable consumption and ecological footprint are also at the core of this resistance to get a new computer. Not to mention the reluctance to willingly accept the forced disposal of a machine just because its manufacturer does not guarantee any kind of backward compatibility in new operating systems. Of course, cheaper computers would probably break or shorten that resistance, but that is not the case (at least in Europe).
And that’s it.

Thanks for clarifying. Again, no blaming, just curious. I can 100% understand